formerly in Worcestershire - one of the Domesday manors of Birmingham

With its wind-blown seeds the birch is a colonising tree and was among the first to return to the wilderness left after the retreat of the glaciers ten thousand years ago. Silver birch tends to grow where the land is well drained, whereas the white or downy birch will tolerate boggy valleys. However, both are adaptable to a variety of conditions.

Birch was a valuable subsistence tree: its waterproof outer bark was used as a roof covering for the poor and its dangly twigs were bound together to make household brooms. Its inner bark could be also be used for tanning leather. The birch is recalled in many Anglo-Saxon placenames across the country.

Bartley provides a good example of the way in which the use and location of placenames may change over the years. There are actually a number of related places named here. The earliest documented is that of the manor of Bartley recorded in the Domesday Book in 1086 as Berchelai. It is included in the Worcestershire entries as an outlying sub-manor of Selly held by Wibert from William FitzAnsulf, the lord of Dudley.


The name dates from the early Anglo-Saxon period and derives from the Old English beorc leah which means 'birch clearing'. This was a time when incoming Saxon settlers moved into the area and cleared land for farming. The presence of birch suggests that they may have found here land that had been previously cultivated and which had been recolonised by the tree. This land was perhaps the remnants of fields of the Roman period which the Anglo-Saxon incomers then cleared and brought back into use. The location of the birch clearing is not known.


Another aspect of the name is the element green, a medieval term for common grazing land. This was at the junction of Jiggins Lane and Genners Lane where the original hamlet grew up sometime during the Middle Ages. There is ample evidence that landless squatters often made their homes on the unenclosed common land of greens. The term green is an agricultural one, but is often found as a subsequent settlement name. By the end of the 19th century there were some 30 houses here.


Finally, the name as it is currently used came into use as a district name with the large-scale housing developments of the mid-20th century. Almost immediately after the end of World War 2, the high ground at the west end of the district between Scotland Lane and Kitwell Lane became a focus for municipal housing development with work continuing through to the 1950s and beyond.

Right: the church of St Michael & All Angels - date unknown.

Thanks to King Edward VI Five Ways School Local History Digital Archive with whose permission this image is reproduced. All Rights Reserved.

The history of St Michael's School, Bartley Green goes back further than that of most Birmingham schools. In 1832 the trustees of Northfield Charity School (Bartley was in the ancient parish of St Laurence, Northfield) paid for a schoolmistress to teach children at Bartley Green, six girls free, any others paying. The school would have taken place at a house in the hamlet. This closed in 1844 as the pupils transferred to Bartley Green National School which opened that year.

That school had started life as a Sunday school in 1840, becoming Bartley Green Church of England day school in 1844. Here some fifty pupils were taught by one untrained mistress. Children were prepared here to go on to Northfield Charity School which had been established in 1758. The school was rebuilt and enlarged in 1871 with accommodation for 165 children. In 1884 the infants moved to a new school with room for a hundred children in Field Lane north of St Michael's Church. The school was reorganised for juniors and infants only in 1931, for infants only in 1951, and the building was closed 1954 when the new St Michael's Church of England Primary School opened in Nantmel Grove.


The Church of St Michael & All Angels was consecrated in 1840, a small building in gothic style. It was enlarged in 1876 but did not become a become a parish church until 1956. After standing empty for a number of years, the church was demolished in 1968. The new church, its design based on a pyramid, was opened in 1964 in Romsley Road at the corner of Field Lane.


Apparently unusually named is the King Edward VI Grammar School Five Ways. The school, one of seven such, was established in 1883 by the King Edward VI Foundation at Five Ways, Edgbaston and moved to this 12-hectare greenfield site in 1958. In 2003 the school became fully co-educational, the only mixed non-fee-paying grammar school in the West Midlands, and in 2004 it became a Specialist Humanities School. 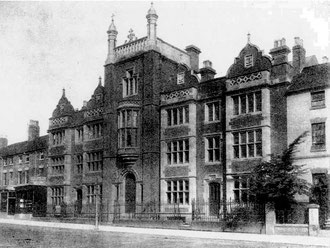 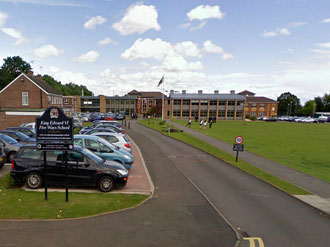 Take a look at Bartley Reservoir.

Left: Genners Lane runs along the dam of Bartley Reservoir. The facilities of Bartley Sailing Club can just be seen in the right-hand corner of the photograph.

Constructed in 1928 by damming the valley of Senneleys Brook, the reservoir covers 46 hectares. Its purpose is to give the city at least a week's supply of water in case of a fracture of the main pipeline from the Elan Valley reservoirs in Wales from where the water is gravity-fed over some 70 miles.


Although apparently uniniviting with its concrete edging, the reservoir is a well-known bird-spotting site made famous with the publication of Bill Oddie's first published article and book in 1961. Unusual sightings are sometimes noted here during very cold spells. This may be due to the reservoir's great depth; some 20 metres deeper than other standing water in the area it retains more warmth than shallower lakes and ponds. The reservoir has been used for sailing since the late 1970s.

Click to enlarge the images in the Bartley Green Gallery.