The Bromford crossing of the River Tame is just north of the junction of Bromford Lane with Bromford Road. In Old English brom ford means 'broom ford', a name first documented in 1285 in Latin as stagnam de Bramford, 'the waters of Bromford'. A bridge here is first documented in 1317. Broom is a shrub typical of glacial drift and this plant was a good indicator to early travellers of the possibility of a firm river crossing.

However, the term broom was also used from Anglo-Saxon times to refer to a number of other tough shrubby plants which grow in similar soil conditions: gorse, heather, holly and butchers broom Nationally there are over a hundred placenames containing a reference to broom. The plant was used, often coppiced, to make household brooms, hence their name.


Bromford Mill was the mill of Erdington manor mentioned in the Domesday Book in 1086. It must have been rebuilt a number of times, but continued to grind corn for 500 years until c1600 when, as Bromford Forge, it became the last mill in Birmingham to be converted from corn milling to iron processes. 'As red as the rising sun at Bromford' was an old Warwickshire saying used until the end of the 19th century. Could air pollution from the forge here have contributed to exceptional red dawns?

The mill here is shown on the 1834 Ordnance Survey map as Bromyard Forge. The implication of yard in Old English is that of a house within an enclosed cultivated plot; the word yard actually has the same origin as 'garden'. In the early 19th century it was used as a paper mill, but by 1850 it was drawing wire and rolling steel which it continued to do until c1928. The 1888 Ordnance Survey map shows extensive works on the east side of Bromford Lane just below the junction with Wheelwright Road, and not on the River Tame itself but on a leat leading from it. The mill pool lay on the west side of the bridge. Steel production continued near the site until the late 20th century.


The River Tame became one of Britain's most polluted rivers during the 20th century, draining as it does great swathes of the industrial Black Country and Birmingham. However, remarkable efforts were made during the last quarter of the 20th century to improve the quality of the water to the extent that herons have been seen fishing the river between the factories at Bromford Bridge and kingfishers now fly the stretch alongside Castle Vale.

In 1821 money was paid from Richard Knight's charity, which had been set up in Castle Bromwich in the time of Elizabeth I, to repair Bromford Bridge, which was described as being at Bromford Green. The River Tame marked the northern boundary of the manor of Castle Bromwich.

Recorded in the 1841 Census is the hamlet of Bromfield. The location is uncertain but it may have lain along Bromford Lane towards the Tyburn Road, as the Navigation Inn at that junction is described as being in Bromfield Lane in the 1891 Census. There seem to have been four cottages here occupied by agricultural labourers and their families, one of which may have been a boarding house. This was occupied by twelve people, three of whom are listed as navigators, ie. canal diggers. The Tame Valley Canal and the Birmingham & Warwick Junction Canal were being cut at this time, both of them from a junction with the Birmingham & Fazeley Canal at nearby Salford Bridge.

The main circuit of the racecourse ran from Bromford Lane to roughly Sandown Road with an extension giving a straight mile almost as far as the Chester Road. The grandstands stood roughly at the back of the houses on the south side of Reynoldstown Road, and the outline of the paddock has been preserved in public open space to the rear of Regal Croft.


After 1965 the Bromford municipal estate was built on the racecourse site. The estate was designed along the length of Bromford Drive with a mixture of low-rise houses and high-rise blocks.

On the Bromford Bridge estate, Chillinghome Tower was the first tower block to be demolished, with Bayley Tower and Stoneycroft Tower being demolished simultaneously in 2011 after standing empty for several years. Warstone Tower and Holbrook Tower have now been demolished.  (Text in this paragraph from UK Housing Wiki.) 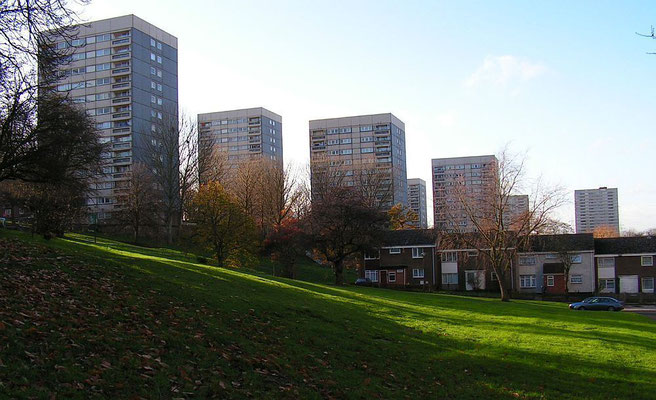 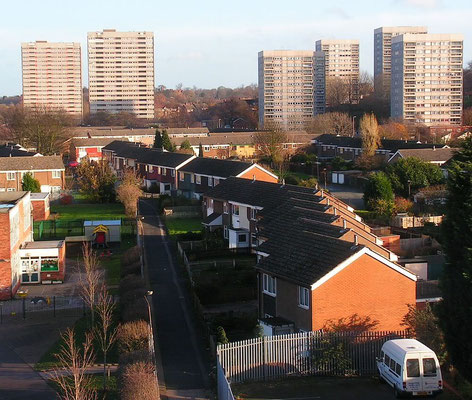 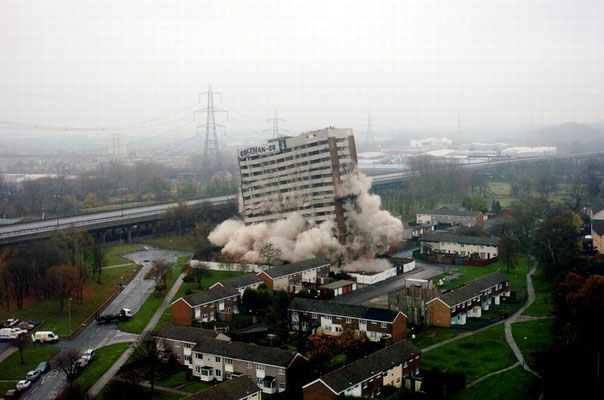 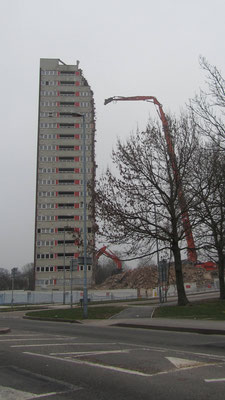 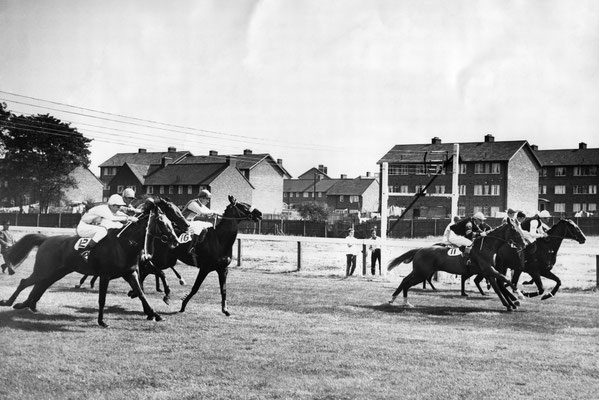 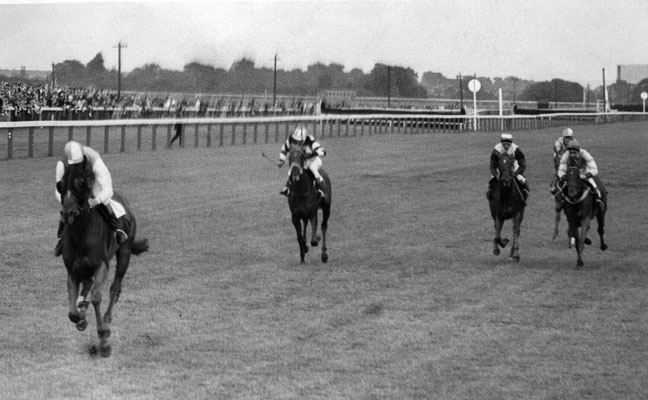 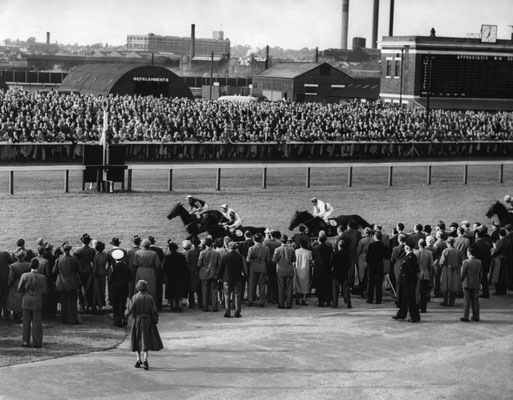