This was a name adopted after a competition for the City's first post-World War 2 redevelopment area of Ashted, Duddeston and Vauxhall in the mid-1950s and 1960s. Duddeston and Nechells had been considered together from the Middle Ages.


The original medieval green of Nechells Green was an area of unenclosed grazing around the junction of Longacre and Thimble Mill Lane. By 1758 all the unenclosed land in Nechells had been enclosed with the exception of some 4ha of the green.

As the district became industrialised during the 19th century: there were a number of industrial mills on Aston Brook and the River Rea and area became built up with long rows of working-class terraced houses, the name seems to have been used for a wider area than the green itself which was the last of the open land to be built up.

The modern area lies south-west of Nechells proper and straddles Nechells Parkway; it is often described by locals as Nechells. The district was designed with a central arterial dual carriageway running through it with housing of a variety of types segregrated from the road. There were terraces and low-rise blocks as well as high-rise towers.


The earliest four blocks of 12 storeys were built in brick around a steel frame and are still distinctive landmarks of the district. They were the first blocks of the City's new development areas and were described as 'Birmingham's skyscrapers'. The first to be opened was Queen's Tower in 1954, the year after the Queen's coronation After refurbishment c1990 they are held in esteem as well-planned and executed.


The 1960s' blocks, which were considerably cheaper to build, are utilitarian cuboids in a style typical of the time. Some have since been demolished and replaced by more traditional houses, while others have been refurbished. 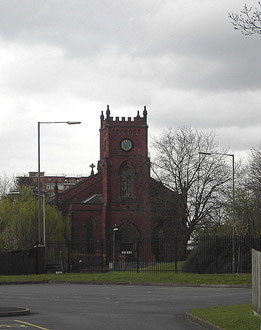