This is a name coined for an area of regeneration just outside the City Centre, east of Jennens Road as far as the London-Birmingham railway line. The name surely has a deliberately American feel: East Side in Manhattan is New York's business, economic, entertainment and cultural centre.

There is an interesting contrast, which may or may not have been in the minds of those responsible for choosing the name. Upper East Side is home to the greatest concentration of individual wealth in the world, while the Lower East Side was long a lower-class district and home to poor immigrant communities, but has developed as a culturally creative part of the city.


The area of Birmingham's Eastside was part of the expansion of the 18th-century town. The Jennens estate was built up after 1750 with middle-class 3-storey houses, brick-built with stone dressings. To attract would-be residents the Jennens family had subsidised the building of St Bartholomew's Church in 1749 in the street that still retains its name. William Hutton wrote in 1783,

Wherever a chapel is erected, the houses immediately, as if touched by the wand of magic, spring into existence.

Designed by architects William & David Hiorne in a neo-classical style, the church had gabled ends like Greek temple and a small clock tower with cupola. The church was closed after being badly damaged by a German bomb during World War 2 and had been demolished by 1943.


This district and the area east of it became increasingly dense with housing and, with the cutting of the canal in the late 1790s and the building of the railway termini in Curzon Street from 1838, became increasingly industrialised. Throughout the district houses began to give way to workshops and warehouses. There were brass foundries, breweries, buckle-makers, coal dealers, glass-makers, toy-makers and flour mills. And by the end of the 19th century the district had become a high-density working-class area with a large proportion of slum dwellings intermixed with industry.


After World War 1 some of the worst slums in the area were demolished, but it was not until 1937 that Duddeston and Nechells to the east were designated as a Redevelopment Area. Work had to be postponed with the outbreak of World War 2 when demolition began. The Eastside area was effectively zoned for industry. 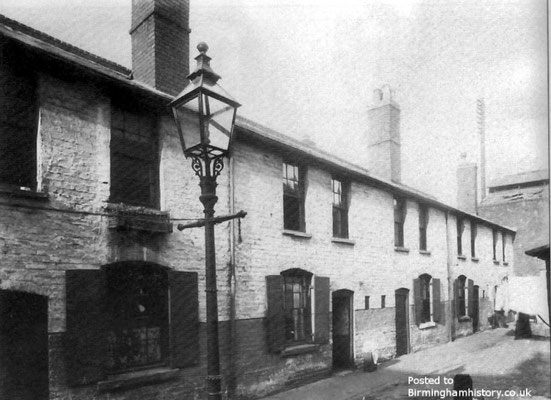 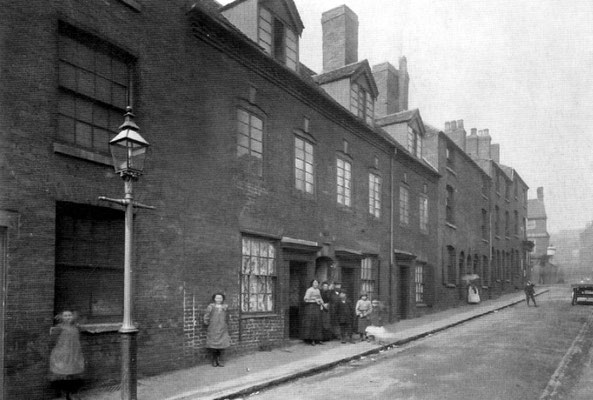 By the mid-1990s the City Council were seeking to regenerate the districts immediately outside the City Centre. The Inner Ring Road, the Queensway which had been built with pedestrian underpasses to keep traffic away from the inner area was seen as restricting the outward growth of the City Centre and described as a 'concrete collar' which must be breached. The regeneration of the Broad Street area, the new Bull Ring development and the expansion of the Aston University campus had all proved extremely successful.


Eastside is a key component in Birmingham's renaissance, preparing the city for the future by encouraging investment and job creation, as well as economic and cultural growth. The ten-year project presents the challenge of regenerating 170 hectares to the east of the city centre, expanding the size of the city centre through the development of high quality urban design. The project will also extend the network of public squares, spaces and streets that have been successfully developed across the city centre.

A new park has been laid out which follows the line of Curzon Street to link Eastside with the City Centre. The mix includes offices, retail, restaurants and bars and learning and technology facilities. The vision is to link the existing campuses of Aston University, the new Birmingham City University facilities and Aston Science Park.

The most recent additions are the building of Matthew Boulton College, South Birmingham College and the New Technology Institute.

Millennium Point in Curzon Street was one of the Millennium Commission's regional landmark projects and opened in September 2001, comprising the Birmingham Science Museum, the University of the First Age, the Technology Innovation Centre, and the Thinktank.

Millennium Point was built on the site of the North-West Railway's Goods Depot. On the opposite side of Curzon Street stood Birmingham Station which was built in 1838 as the Grand Junction's station for Liverpool before New Street Station was built.

The station fronted Curzon Street and alongside it was built the Birmingham-London terminus, Curzon Street Station, the main building of which still stands. The last remains of the Grand Junction railway buildings were demolished in 1971.

Curzon Street Station is a Listed building of national importance. Originally known simply as Birmingham Station, this was the terminus of the London & Birmingham Railway. The line was authorised by Parliament in 1833 and engineered by George and Robert Stephenson. It took 20,000 men 5 years to build and includes 18 tunnels. It did not follow a river valley and required a deep cut through Saltley and Yardley ridges with embankments to Marston Green. The first 100-mile journeys by train took five hours, some 20 hours faster than the stage coach.


This Grade I Listed building, hotel, offices and booking hall in neo-classical style by Philip Hardwick was designed to be impressive; it had its counterpart in the Euston Arch London also by Hardwick, which was demolished in 1961. It is a 3-storey square stone-faced building fronted by four massive Ionic pillars and originally had 2-storey arched gateways on either side; inside the central hall is open to the roof. Built in 1838, it is the oldest railway building in the world still in situ. It was built alongside the Grand Junction terminus and was known as Birmingham Station until New Street Station was opened in 1852. The station closed to passengers in 1893 and was used as a goods depot until 1964. The terminal building was saved from demolition by the City Council in 1978 and has been renovated. Its future use is to form part of the High Speed railway station due to open in 2030. 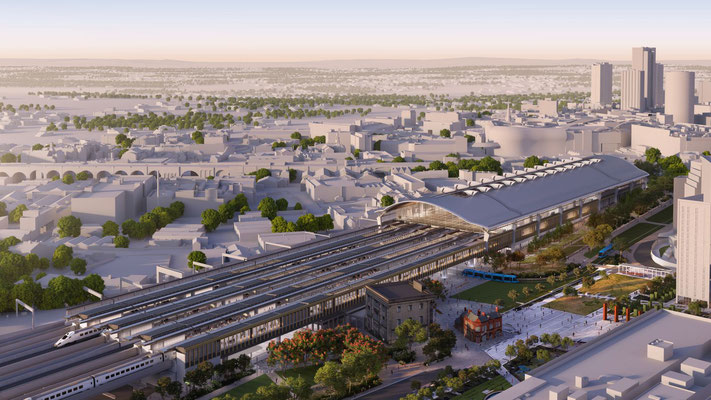 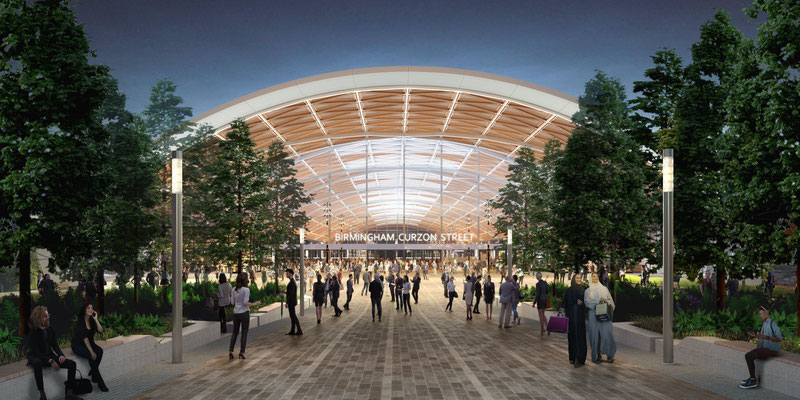 Listed buildings to be retained here are: The Woodman public house on the corner of Albert Street and New Canal Street, Curzon Street Station and the former Christopher Wray building on Bartholomew Row. It is intended that advantage should be made of the historic features of the canals and railways.


The City Council is also in the process of developing a Media Quarter at the Deritend/ Digbeth end of the Eastside development. The former Birds Custard Factory complex covering some 2ha was developed from 1990 as a creative arts centre and currently houses some 500 small enterprises. It is intended to link this with developments at nearby Warwick Bar.

The Digbeth Branch of the Birmingham & Fazeley Canal cut in 1799 leaves the Birmingham & Fazeley Canal at Aston Junction, Mill Street near Aston University, and joins the Warwick & Birmingham Canal (now the Grand Union Canal) at the Warwick Bar. Hidden away at the rear of Fazeley Street, Warwick Bar was a stop lock which was originally designed to control the payment of tolls as boats passed from the canal of one company to that of another and also to conserve the water of each canal company. The lock, which is now open, has Grade II Listing.

On the west side of the bar are extensive warehouses formerly belonging to the well-known canal carriers, Fellows, Morton & Clayton. The date 1935 can be seen, but Joshua Fellows had established an office here from 1879 and the surviving 19th-century warehouses are Grade II Listed. The covered loading bay was built specifically to protect foodstuffs during unloading: sugar, flour, tea, etc. Pickford's began business here in the late 18th century. This is now at the heart of the Warwick Bar Conservation Area which includes all or part of Banbury Street, Belmont Row, Curzon Street, Fazeley Street, Great Barr Street and Montague Street.


Also worth a look is the canal's stone and brick aqueduct over River Rea, and the 5-storey Bond warehouse, now a multimedia centre which fronts the canal and the canal offices fronting Fazeley Street. It is intended to create here a network of streets and squares with arts venues, housing, bars, cafes, restaurants and shops expanding the City Centre well beyond its traditional limits. The Custard Factory area has already been dubbed Birmingham's Lower Eastside.