Until the Middle Ages much of the southern end of Yardley manor was ancient woodland: Yardley Wood lay west of the River Cole and south of Chinn Brook. Beyond the manor boundary stretched Kynges Norton Wode and Solihull Woods, the remnants of the great deciduous Forest of Arden which had covered the clay lands to the south and east of Birmingham since prehistoric times.

The modern use of the name Yardley Wood dates from 1907 with the construction of the North Warwickshire Line and the opening of Yardley Wood railway station.

Photograph right: Unusually, for stations on this line, the booking office was at road level. The GWR also provided a waiting room at road level despite there being one on each platform. One assumes this was for the peace of mind of passengers, particularly ladies, who felt more secure next to the manned booking office. Entry was via steps from either side of the bridge to both platforms. Text Mike Musson

There was never a village focus here and Yardley Wood remained a rural area of scattered dwellings until the 1920s when Billesley council estate was built.


After the Second World War the remaining land around Slade Lane and Priory Lane was used to build municipal housing, while land on the Solihull boundary was developed for private housing as the Bach Mill estate.

Nethercote Gardens off Priory Road is the site of the medieval Colebrook Priory. The 17th-century house opposite is named after the priory. Although most of the walls are pebble-dashed, some of the original timber-framing is still to be seen.

The priory itself was the owner of the nearby corn mill. Known later as Bamptons Mill or Bach Mill, it took its power from Yardley Wood Brook. Priory Road crossed the dam of Bamptons Pool which was originally the priory fishpond, but doubled as a reserve millpool if the brook ran low.

The mill was rebuilt in the 18th century and rebuilt again some time before 1843 when it was operating as a needle mill. From c1870 the mill again ground corn until it closed c1919. The pool was later filled in and all the mill buildings were demolished c1965.

Traces of the leats leading to the pool may still be discerned on the Dingles Recreation ground alongside Cole Valley Road. The name of Brompton Pool Road is a map misreading of the surname Bampton, one-time owners of the mill.

Surrounding and beyond the pool are Priory Fields, a nature reserve managed by the Warwickshire Nature Conservation Trust.

Right: Priory Fields. Yardley Wood Brook rises near Prince of Wales Lane at Gorleston Road. It is nearly a mile long, but culverted for half its length and runs under the Stratford-on-Avon canal. It marks the Birmingham/ Solihull boundary and is open through this surviving strip of Yardley Wood Common. It runs into Priory Mill Pool then on to the Cole.

There was also a wooden postmill nearby, Bach Mill, which stood at Windmill Road. This, too, may have belonged to the priory. By 1644 it had been replaced by a brick windmill in Coton Grove which continued to grind corn until c1890. Its buildings were demolished for housing development in 1957.

The parish of Yardley Wood is served by Christ Church on School Road which was opened in 1840 with an endowment from Sarah Taylor, the sister of the lord of Moseley manor, John Taylor.

Consecrated nine years later, this small stone church was designed by A E Perkins in an early gothic style with simple lancet windows. It is thought that the stone for the building came from a demolished manor house in Bromsgrove.

Christ Church has a small square clock tower with a slim spire. The 17th-century carving in the chancel depicting cherubs, fruit and flowers was brought from St Bartholomew's Church in Masshouse Lane which was demolished as a result of German bomb damage in 1943.

The lychgate commemorates its first vicar, Rev A Clifton. The earliest burials in the churchyard date from 1849 when the church was formally emparished.


Yardley Wood Church School opened in 1838 in a former meeting house which doubled as a chapel; there were less than sixty children on roll with one master and a mistress. In 1893 the children were transferred to Yardley Wood Board School which opened with accommodation for 250 pupils. A new school has been built along the road, but the old school buildings still stand on School Road/ Patricia Avenue

Nearby Yardley Wood Roman Catholic School opened in 1935 in a new building on Trittiford Road to accommodate some 200 juniors and infants. The school was known as Our Lady of Lourdes RC Primary School by 1944. A Roman Catholic church was built on the same site and also served as the school hall.  A new church building opened on an adjacent site in 1966. 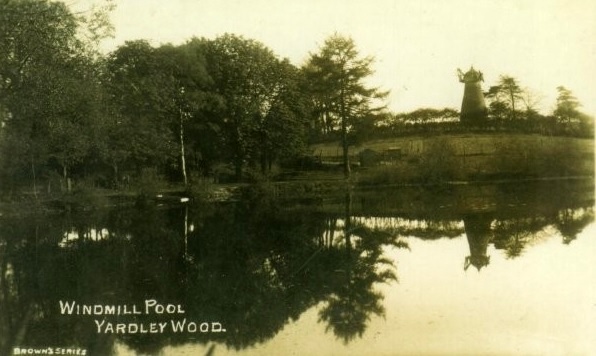 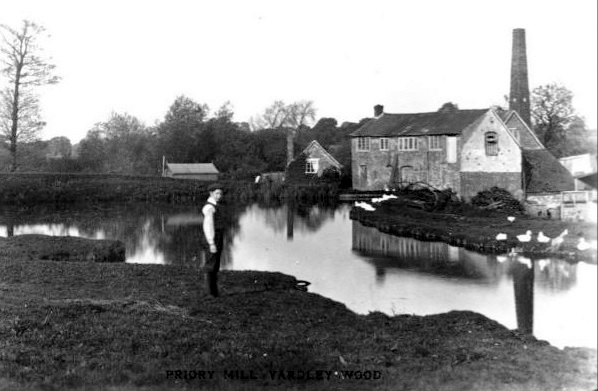 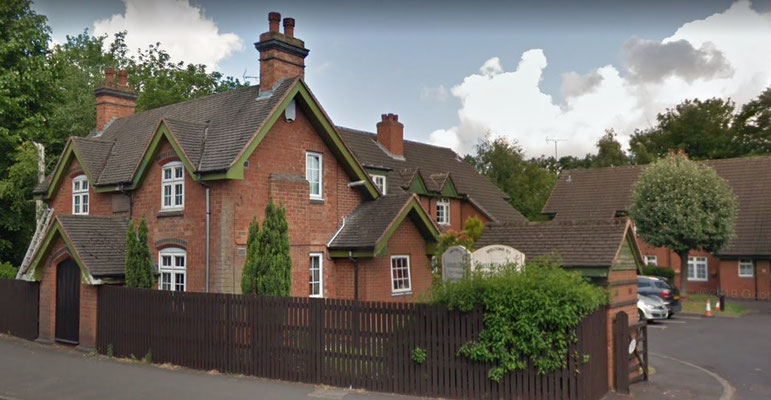 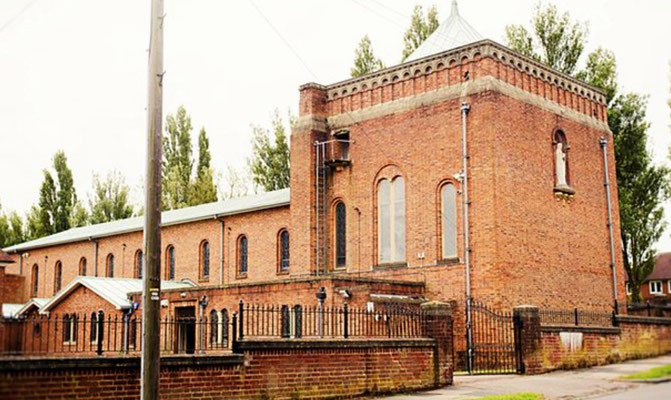 The Dingles recreation ground is part of the green corridor along the River Cole that links Solihull Lodge with Chelmsley Wood. It is here that Chinn Brook flows into the River Cole from its source south of West Heath.

Between the two entrances to the Dingles from Cole Valley Road may be seen a good example of ridge and furrow. This is a survival as an earthmark of an open-field system associated with a nearby medieval settlement. Tenants were allocated strips in different parts of the field to ensure a fair distribution of better and poorer land.

This surface feature has survived here for over five hundred years thanks to its proximity to the river. The marshy nature of the river valley meant that it could not easily be built on. The Dingles has been carefully and successfully managed for some years as a wild flower meadow and merits a visit in spring.


There were formerly fords across the river at the north and south ends of this site. By the close of the 18th century wooden footbridges had probably been built beside all the fords on the river, but they were not infrequently washed away by floods. Most were replaced early in the 19th century by brick footbridges. Titterford Bridge at Highfield Road was rebuilt as a road bridge.

Four Arches Bridge spans the river close to the convergence of Brook Lane, Webb Lane and Wake Green Road. First recorded in 1822, the bridge was built and maintained by Yardley Great Trust. Because of its narrowness, the parapet was constructed low so that packhorses could cross without catching their bulky loads on the side walls.

The ford continued in use alongside for wagons. When the railway embankment was built around 1907 and Brook Lane diverted to its present route, the bridge could be used only by pedestrians. By 1956 it had fallen almost into ruin when was restored due to local pressure.

The bridge was again restored c1980 in keeping with its original design as part of the development of the Millstream Way, part of a walking route along the Cole Valley.

Evidence of the Bronze Age has been found in Tixall Road. A bronze ribbed axe 10cm long was found at no great depth by a local gardener. Now in Birmingham Museum, this 3000-year-old axe-head is one of only half a dozen bronze finds in Birmingham. And near Firth Drive a Bronze Age burnt mound survives despite being partially cut through by a small stream which runs into Chinn Brook. A settlement must have stood close by, though its location is unknown.