The Old English word greot means 'gravel'. Variations of the word can be found in numbers of placenames across the country. The name would indicate to travellers that the ford across the River Cole on the Warwick Road was on glacial drift and ensured a firm crossing. As Birmingham's rivers and streams wind their way through sticky clay and marshy alluvium, good crossing points would be worth a detour to access, especially in wet or winter weather.


Greet was probably a Saxon daughter settlement of Yardley, Worcestershire's most northerly manor. Where sand and gravel drifts are found on top of red clay, there is no dense forest but scattered trees. The land is easier to clear for cultivation, ploughing is easier and there are drier places to build houses. Springs of fresh water can often be found at the edge of the drift. These were the first places people settled, often on the warmer south-facing slopes.


Standing within a moat close to the River Cole, a timber-framed hall was the home of the steward who administered the manor on behalf of Studley Priory to whom the sub-manor of Greet belonged. The house was bought with the manor by the Greswolde family in the mid-16th century and subsequently rebuilt alongside as Greet Hall manor house. Known later as Manor Farm, it was rebuilt again in late Georgian times and finally demolished by 1930. The first Greet Inn was built alongside the hall in the early 20th century and a modern successor stood on the site until 2006 when it too was demolished to make way for a supermarket.


When the turnpikes were set up, bridges were often built to replace fords. Greet Bridge was a two-arch bridge over the River Cole on the Warwick Road by 1725. However, during wet weather the bridge and its approach served to hold up the water which then backed up and flooded onto the road. Forty years later the bridge was extended to five arches, the outer ones designed to allow floodwater to escape. Nonetheless, a torrential flood in 1777 led to the building of a yet wider bridge. In 1807 the Yardley Overseers were indicted for failing to repair flood damage which had made the bridge unusable, and the bridge had to be restored. In 1902 the bridge was rebuilt by Yardley Rural District Council to take the tram-line on to Acocks Green.

While most of Birmingham's main roads were laid with tramlines as far as the city boundary by the end of the 19th century, the Warwick Road needed so much widening, straightening, raising, draining and rebridging before lines could be laid, that work was still in progress during World War 1. Along the narrowest part of the road through Greet, only a single track could be laid. This was controlled by traffic lights at either end, probably the first traffic lights in Birmingham. By 1916 the line reached Broad Road and was extended to Shirley Road in 1919. However, because of the narrowness of the Warwick Road, trams never did reach the city boundary, and the terminus remained at Acocks Green.

Greet never developed as a village around the manor house. In 1834 it was a small rural community on the Warwick Road with cottages standing around Seeleys Road and Weston Lane on both sides of side of the River Cole. During the 1870s, housing development began west of the River Cole on Greet Farm's Petty Fields now Albion Road and Bertha Road. These terraced rows were aimed at artisan workers and probably built with the workforce of the BSA Birmingham Small Arms factory in mind.


Greet Farm near St Johns Road was probably medieval in origin, was a large holding of over 50ha, much of it along the water-meadows of the Cole. The farm buildings stood until the 1880s when Percy Road was laid out; Greet School was built on the site soon afterwards. By 1888 urban development had spread along the Warwick Road and gradually outwards from Sparkbrook as farmland was bought up, streets laid out, and terraces built. By World War I Greet was almost fully developed, but as a district had no clear focus.

The name Greet means 'gravel' but this represents only an island of gravel in a surrounding sea of clay which was exploited commercially during the late 19th century. Very extensive claypits and brickworks lay east of the River Cole between Formans Lane and Weston Road. Many of the houses of Sparkbrook and Sparkhill were built of brick from these sites. Most of the brickworks had gone out of use by the 1920s and the claypits were infilled.

The last remaining was Burbury's Brickworks which lay west of the River Cole on the Riddings Field of Greet Farm. It may date from as early as the 1830s and seems to take its name from James Lewis who worked a site in Burbury Street, Aston in the late 19th century as well as this one. The site had stopped work by 1917 when the pits were full of water which overflowed into the Rover Cole. They were bought by a new company who used the site until the 1950s when the pits were infilled with industrial waste and then capped with clay.

During the last quarter of the 20th century work was carried out by the City Council to include the site as part of the green corridor along the River Cole. The area of wetland here is currently expanding as the water table rises throughout the city. This is thought to be in part due to the decrease in water extraction from on-site wells by local factories. The Burbury's brickworks site is noted for its wild orchids.

The east end of Greet, west of the River Cole, was used for industry from 1862 when the Birmingham Small Arms company built their factory on Armoury Road at the north end of the area. There were two other dangerous factories on this rural site – one making fog signals, the other fireworks. By the middle of the 20th century the whole area had become industrialised, as it still is. 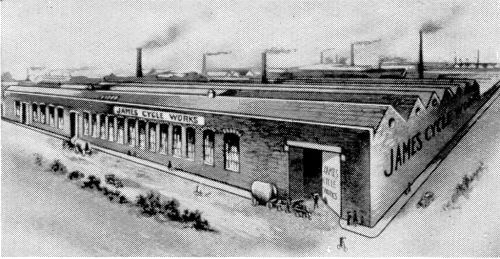 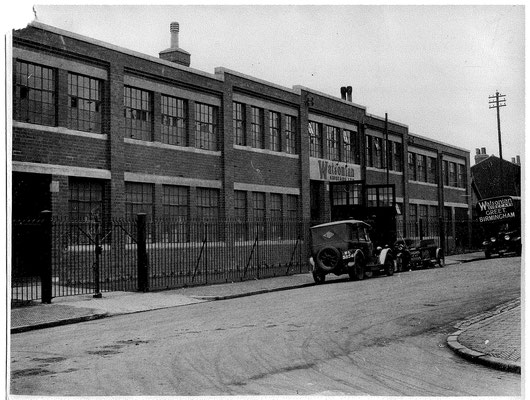 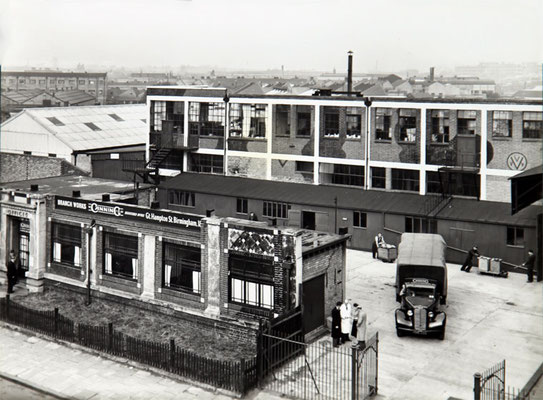 Greet Common lay south of College Road on the west bank of the River Cole; it was not at Greet, but was the common land belonging to the manor of Greet.

There are two locations known as Greet Hill. The one was the hill on the Warwick Road running up from the River crossing. The name was still in use in the 1950s.

However, the watermill known as Greet Mill ie. the mill belonging to the manor of Greet, was on the River Cole but not at Greet on the Warwick Road; it was on the River Cole on the Stratford Road. So the hill on the Statford Road running up from the River crossing was also known as Greet Hill even though it was not at Greet. The hill here was also called Greet Mill Hill and this was applied to either or both the first part of Shaftmoor Lane leading up from the river at Greet Mill or the similar slope on the adjoining Stratford Road (See also Greethurst). The hill was later known as Greenbank, a name recalled in nearby Greenbank Avenue.

To add to the confusion, there is evidence on the First Edition Ordnance Survey maps of a millrace parallel to the River Cole near the Warwick Road which clearly suggests that at some time there was also a mill at Greet. On that map the bridge over the river is labelled a Greetmill Bridge. These names have now fallen out of use.