Nothing to do with geese, this placename derives from the Old English gorst, in earlier times referred to locally as 'goss'. The change to 'goose' provides a good example of how later people made sense of a placename which has lost its meaning.


Gorse is a spiny low-growing shrub which is covered with distinctive bright yellow flowers from early spring. It grows well on quick-draining sandy soils, typical of heathland and was used by the poor as fuel or as roof thatch. Across the country there are at least two dozen placenames which refer to gorse.


The commons here were enclosed in 1801 into a fairly regular pattern of rectangular fields. The layout of the area's major roads is the result of these enclosures. Before 1801 Goosemoor Lane ran due north to join the Chester Road, rather than making the dogleg it now takes. This area is now part of Short Heath. Short Heath Park shows no sign of any gorse now. Laid out after the First World War, this is an open parkland with many trees now a hundred years old.

This was built by 1966 mainly a low-rise estate with terraced and semi-detached houses, although two 9-storey tower blocks were also built here. 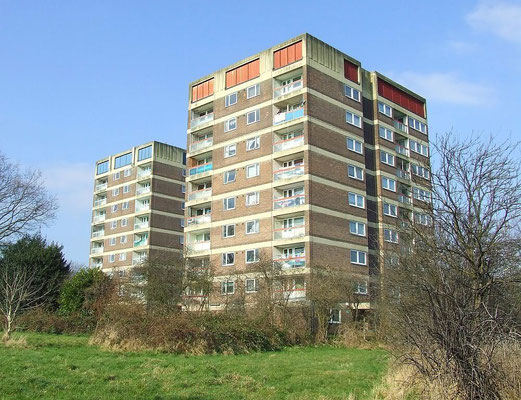