formerly in Worcestershire - one of the Domesday manors of Birmingham

The Domesday Book records the manor of Franchelie, whose name derives from the Old EnglishFranca's leah meaning 'Franca's clearing'. The ancient hamlet centred on Church Hill around the junction of Scotland Lane and Frankley Lane and still nestles in countryside, with Bartley Green (1950s), and Woodgate (c1970) to the north, and modern Frankley (early 1970s) to the south.

Much of the manor lies on the high hilly ground of the Sedgley-Northfield Ridge and fine views can be had from Frankley Hill and Frankley Beeches. It is possible on a clear day to see from here the mountains of the Berwyn Range above Llangollen in north-east Wales some 70 miles away. Cereals and root crops are grown around here and there is evidence that flax and hops were cultivated in the past.

It is said that Judge Lyttelton of Frankley, who died here in 1481, was responsible for the digging of Westminster Pool. It is allegedly so-called because the area of the pool was the same as that of Westminster Hall in London. This may well have been located alongside Westminster Farm just to north of the church of St Leonard.


The first known underlord of the manor of Frankley was Bernard de Frankley in 1166 when he held it of the barony of Dudley. It is very likely that he was descended from one of the followers of William the Conqueror in 1066 and took his name from the manor. Frankley was passed down through his family, sometimes in the female line (whence the surname Lyttleton) until 1299 when the title was sold.

However, over 100 years later, Thomas Lyttelton was able to prove that the descent to of the manor should pass to him, and the manor again passed down the female line, though the name of Lyttleton was retained. The title remains in the family to this day with Viscount Cobham of Hagley Hall in a descent traceable for over eight centuries.


Frankley Hall stood from at least 1601 west of St Leonard's Church. At that date it was referred to in parliamentary papers as 'a very fair brick house and in good repair [with] large and sufficient barns, stables, and outhouses.'

It replaced an earlier building part of whose medieval moat is still filled with water. Burned by the Royalists under Prince Rupert during the Civil War on 17 May 1645 to prevent its use as a Parliamentary garrison, its dressed stones was later used to build the church tower.


A deer park here is recorded here in 1360, although it does not seem to have amounted to much. By the end of the reign of Queen Elizabeth I, there were 20 red and 200 fallow deer. But after the burning of the hall in 1645, the park was not reinstated.

Take a look at St Leonard's Church. Although the parish church dates from the 12th century, little medieval evidence remains. St Leonard's is faced in grey and red sandstone, the latter locally available at Holly Hill quarry. Although much of the church was rebuilt at the end of the 19th century, the west window and both the chancel and the nave roofs probably date from 15th century. A single bell bears the inscription 'Sir Iohn Littilton 1588', the lord of the manor and holder of the title Baron Frankley. Although in Worcestershire, St Leonard's was a chapel of Halesowen which lay in Shropshire. In 1738 the church was granted permission to bury parishioners here in the churchyard, rather than be taken to the mother church for interment. St Leonard's became a parish in its own right in 1866.


Frankley Green, an area of common grazing from medieval times, lay west of the present M6 motorway around the road of the same name.

Frankley Beeches is a prominent landmark at the north end of Egghill Lane, now in the care of the National Trust. Land here was given by George Cadbury as parkland to the City and rises to 795 feet, c240m. Beeches are large distinctive trees which live to a great age. A stand of such trees is always a prominent landmark. James Sherriff's 1798 map of 25 miles around Birmingham also shows Frankley Ashes located in the Frankley Hill area.

An ambitious project to bring water to the ever-expanding town of Birmingham 75 miles from the Elan Valley in mid-Wales began 1874. Water was brought via by two pipelines over one metre in diameter and entirely gravity-fed at an average gradient of 1:2300 (about 4.5%) - there is a drop of only 52 metres along the whole pipeline. The project was opened 1904 by King Edward VII. Within the year some twelve million gallons were being piped annually to Frankley Reservoir which still provides for most of Birmingham's needs.

Modern Frankley lies north of Rubery Lane about a mile south of the original settlement and lately called New Frankley in Birmingham.

It is a municipal housing development of some 3000+ houses built by the City in the early 1970s to rehouse people affected by inner-city slum clearance. In contrast to the stark inhuman geometry of Castle Vale in the 1960s, a deliberate attempt was made here to build houses in village groups and to integrate the development around existing trees and hedges. There are no high-rise blocks.

The centre of Frankley is focussed on Holly Hill Shopping Parade on New Street/ Arden Road with the nearby health centre, leisure centre, library and schools.

Following a Boundary Commission review in 1995 the 1970s estate of Frankley all became part of Birmingham. After the passing into law of the Housing and Local Government Act in 1997, a number of residents petitioned the City Council to establish a Parish Council for the district; this was set up in 2000 and is known as the New Frankley in Birmingham Parish Council. It is the only civil parish in Birmingham.

Click to enlarge the images in the Frankley Gallery below. 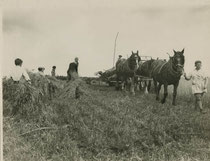 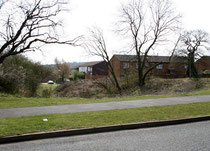 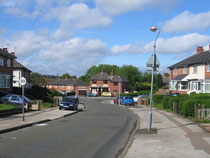 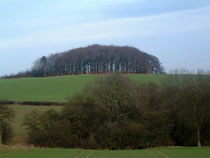 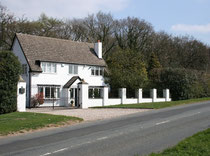 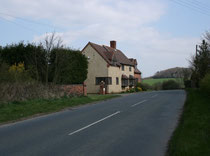