Haunch Heath is shown on Sherriff's map of 1798 as lying in the area around Haunch Lane near Kings Heath. The name probably refers to shape of the land here and is a common field name. Haunch is a word derived from medieval English referring to the hip, buttock, and thickest part of the thigh of a four-legged animal, especially an animal reared for food such as a cow. Certainly the land between Haunch Lane and Haunch Brook, the small tributary of Chinn Brook which runs across Billesley Common, may be seen as the shape of a haunch. Haunch Farm lay between the junction of Haunch Lane and Hollybank Road until the land was sold for the housing developments of the 1930s. The farm buildings themselves lasted until c1960. 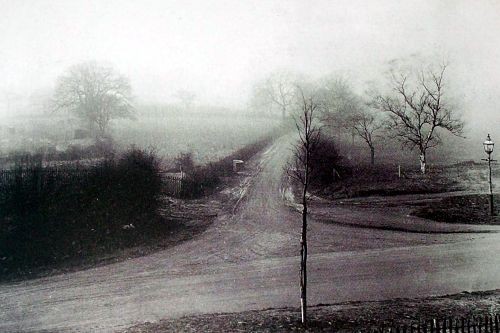 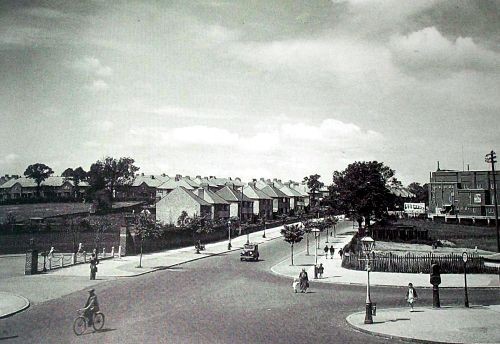 Photographs of Haunch Lane in 1925 and 1935 by Phil, moderator of the Birmingham Forum website. Yardley Wood Road run left-to-right.