This City Centre location was originally a medieval hyrst, a 'wooded hill', here a gentle slope up from the River Rea. A lane to the fields behind Smallbrook Street appears on a map of 1731 which is shown as Hurst Street by 1792. The wood may have been at the City end of Hurst Street.


The Birmingham back-to-backs at the corner of Hurst Street and Inge Street are the last survivors of many thousands of such houses built in the city during the 19th century. They were given a Grade II Listing in 1988, restored by the Birmingham Conservation Trust and opened to the public by the National Trust in 2004. Each of the houses is furnished in the style of a different period: c1840, c1870, c1930 and c1970.


Built between 1800 and 1830 they were occupied by workers involved in a variety of trades including button-making, glasswork, leatherwork, tailoring, woodwork. Many worked from home. By 1900, the ground floors of the houses had been converted into shops; there was a bicycle maker, a hairdresser's, a fruit shop and a furniture dealer. Most of the buildings were still occupied as homes until 1966 when they were declared unfit to live in.

Click tio enlarge the images in the Gallery below. 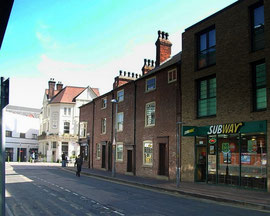 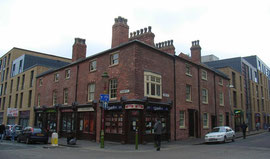 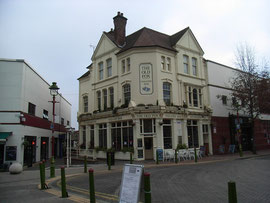