Good river crossings were much valued, and this one may well have been in use from prehistoric times. The name is variously spelt and derives either from 'old ford' or from holm 'ford'. A holm was a water meadow, and certainly the wide shallow valley of the River Tame here was always prone to flooding. Extensive measures were taken by the Severn-Trent Water Authority to control this from the second half of the 20th century. The stream through Perry Park which joins the Tame just west of Holford is named Holbrook which supports this interpretation.


The ford crossed the Tame some 200 metres east of the Aldridge Road. It is likely that the river here flows over gravelly glacial drift which affords a better crossing than the muddy river bed elsewhere. The ford lay on the network of Roman roads. The fort at Metchley in Edgbaston was linked by a Roman road with the fort at Wall near Lichfield and subsequently with Littlechester near Doncaster. In the past this road has been thought of as a continuation of Icknield Street from Alcester and is known as such where it is visible in Sutton Park. It is more likely to be a continuation of the road from the Roman camp at Dodderhill near Droitwich and ultimately with the Bristol Channel port at Sea Mills. Much of its route through the city is unknown. It left Metchley for Perry Barr, probably along Stoneleigh Road and Wellhead Lane, and it certainly crossed the River Tame at Holford to follow Kingstanding Road into Sutton Park, where the line and profile of the road are clearly visible and it has the status of a Scheduled Ancient Monument.


What was later known as Holford/ Holdford/ Oldford Farm, which stood west of the ford near the junction of Holford Drive and Pavilion Road, was probably built, though not necessarily lived in, by William Wyrley about 1560. His son Thomas succeeded his father in 1562 and later moved to Hamstead Hall. The farm was in the hands of the Carter family until the end of the 17th century and was still in existence in 1884.

The old ford was replaced by a little way upstream by Perry Bridge on Aldridge Road in 1612 built by the Handsworth Bridge Trust. By order of Staffordshire Quarter Sessions this wooden bridge was replaced in 1709 by Sir Henry Gough of Perry Hall by the present Perry Bridge, a four-arched packhorse bridge in red sandstone which has seen many repairs over the years. It crosses the River Tame with a span of 15 metres and is approached by a 50 metre long embankment to raise the roadway above the flood meadow.

Eventually the profit from tolls was sufficient by 1862 for the trust to found a school which had become Handsworth Grammar School by 1890.

A new road bridge west of the old one was built in 1931 to take the Aldridge Road. Perry Bridge was not demolished but left open for pedestrian use. It is a Grade II Listed Scheduled Ancient Monument.


Nearby on the Tame Holford Mill started life as grinding corn, but as early as 1358 this was a fulling mill involved in wool production. In 1538 when in the possession of William Wyrley, it was known as the mill at Hurstford, ie. 'the ford by the wooded hill'. Holford Mill was one of the earliest Birmingham mills to take up metal working and in 1591 was converted to a finery forge. It was subsequently a hammer mill and later a blade-grinding mill until 1855 when it was converted to boring gun barrels. Part of the buildings were still in use in 1956 as a store within the IMI works.


About 1794 Holdford windmill was built close by at Holdford Farm. The mill was probably the last windmill to be built in Birmingham and would have ground corn until its demolition sometime before 1889.


Much of the area is now covered with a large number of industrial and warehouse buildings including Birmingham Wholesale Market which moved from its City Centre site adjacent to the Bull Ring markets in 2018. It is the largest integrated market in the UK and one of the largest in Europe, providing fruit and vegetable, fish, poultry, meat and flowers to businesses across the Midlands and Wales. 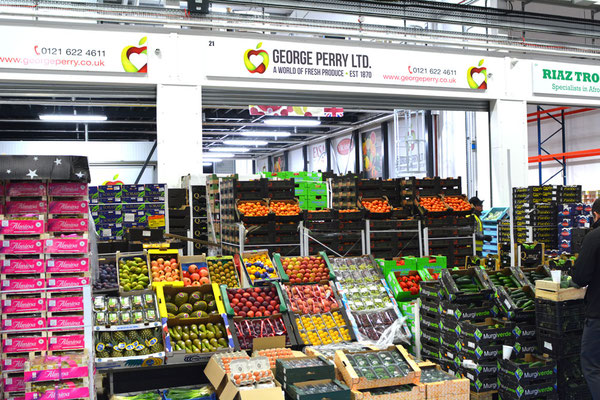 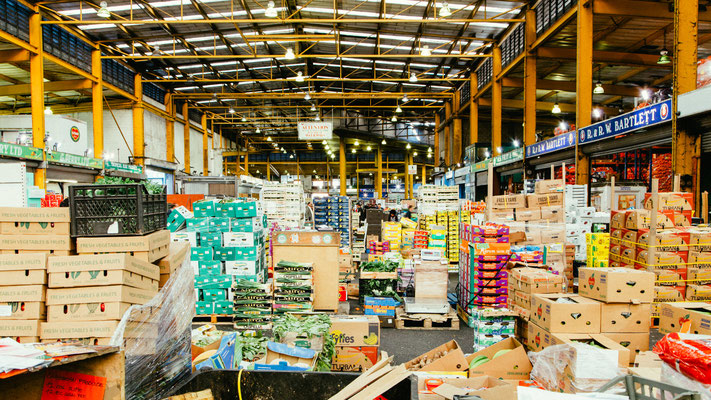