In its time this was the largest single housing development in Europe stretching from Castle Bromwich in the north to Marston Green in the south. Chelmsley Wood was built to house over 50 000 people on former agricultural land as the poor housing of the inner-city was cleared in the late 1960s.

Although Chelmsley Wood was an overspill development by the City Council for Birmingham residents, most of the district came under the control of Warwickshire County Council until local government reorganisation in 1974 when it was designated as part of Solihull Metropolitan Borough. The estate is often referred to by residents simply as Chelmsley. The town has been divided into three districts: the area Chelmsley Wood town centre itself to the south, Fordbridge with Kingshurst, and Smiths Wood to the north.


Chelmsley is probably not a -ley name which would indicate a woodland clearing, but derives from the Old English Ceolmund's (ge)haeg meaning 'Ceolmund's enclosure'. This would have been pastoral land hedged with hawthorn in which to keep possibly sheep, more likely cattle. The site of the original enclosure and Anglo-Saxon settlement of Chelmsley is unknown.

Chelmsley lay in the manor of Coleshill which was recorded at Domesday as having woods 3 leagues in length and 2.5 in breadth. The manor passed to the de Clinton family in the time of Henry I (r.1100-1135).

Sometime before 1200 Osbert de Clinton married Margaret de Hatton; her dowry is recorded at Osbert's death as 'the wood called Chelemundesheia, the whole wood called Witesmore, from the oak which is called Castle Oak to Lutleshare and to Wirsetemede and from Wirsetemede to Bromwich Blakeley'. This is the first record of the name.

Photograph above: A typical council block of flats near Chelmsley Wood town centre.

A number of these have been demolished in recent years to be replaced by low-rise housing.

Photograph right from the Birmingham History Forum Chelmsley Wood thread submitted by a guest user, Ann B whom I have not been able to contact. Her text: Chelmsley Wood in 1892. This is probably the main footpath from Alcott Hall to Keeper's Lodge, now under Dunster Rd. The wood was one of the last remnants of the Forest of Arden, and described as 'the beautiful hanging wood' of Coleshill.

From the end of the 20th century the renovation of the estate has been in progress. The town centre has been refurbished and a new supermarket, library and council offices built at the south end of the town centre. A new 'village' centre has been built around Craig Croft with a new primary school, community facilities, health centre and shops. Similar centres are to be rebuilt at Smiths Wood and Kingshurst.

A number of high-rise blocks of flats were demolished in the 1990s and replaced with traditional housing. Work has continued replacing blocks of original council housing. A number of schools have been closed and some rebuilt. 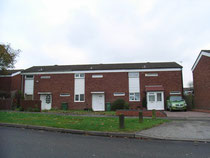 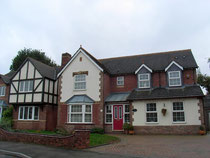