The Chinese Quarter is well worth a visit.

With the bulk of the Britain's male population serving in the armed forces during the First World War, newly arrived Hong Kong Chinese were an essential element making up the labour shortage in city factories.

After the war a concentration of Chinese people living in central Birmingham was provided for by Chinese shops and services south and west of the Bull Ring in the Hurst Street area.


The district was deliberately developed by the City Council as the Chinese Quarter from the late 1970s.

During the 1990s moves were made to push the city's commercial centre beyond the Inner Ring Road (here Smallbrook Queensway), and the Arcadian Centre was built off Hurst Street in the late 1990s with a deliberate Chinese emphasis.

There are many Chinese restaurants, supermarkets and shops in the area, which hosts an annual parade and festivities celebrating the Chinese New Year, a movable feast which may occur from late January to mid-February.


In the middle of the Holloway Circus roundabout close to the Chinese Quarter stands the Pagoda, giving the roundabout its popular name of Pagoda Island. Standing over 12m high this granite monument was hand-carved in China and presented in 1998 to the City by Wing Yip in thanks for providing a home and support. Arriving from Hong Kong in 1959 he opened a Chinese restaurant at Clacton-on-Sea, moving 11 years later to Birmingham to open a Chinese grocer's shop in Digbeth supplying genuine Chinese products to restaurants and to Chinese families. The business moved to larger premises in Coventry Street where it stayed for 17 years until, in 1992, Wing Yip moved to large purpose-built premises in Nechells

Click on the images below for a larger picture. 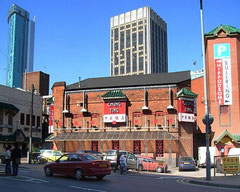 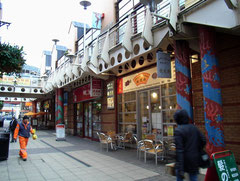 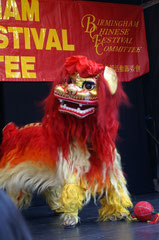 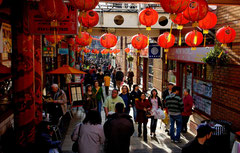 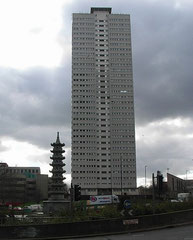