A name common throughout the land, there are Church Hills at Frankley, Handsworth, Northfield and Sutton Coldfield, and there may be more.


The siting of a church on a hill was a common practice from the later Anglo-Saxon period in this country; example are to be found from that time up to the great spate of church building of the Victorian period. The practice clearly has to do with making a statement about the presence of the Church in a community and serves the same purpose as church towers and the addition of a spire. But it is also related to pre-Christian practices.


The Anglo-Saxons set up their pagan religious sites in a variety of locations, and some of these were on prominent hill tops. One such may have been at Weoley. In 601 AD Pope Gregory wrote to Abbot Mellitus who was setting out to join St Augustine's band of missionaries to England. He gave him advice on how to deal with pagan places of worship:

The temples of the idols should not destroyed; but let the idols that are in them be destroyed; let holy water be made and sprinkled in the said temples, let altars be erected, and relics placed. For if those temples are well built, it is requisite that they be converted from the worship of devils to the service of the true God; that the nation, seeing that their temples are not destroyed, may remove error from their hearts, and knowing and adoring the true God, may the more familiarly resort to the places to which they have been accustomed. For there is no doubt that it is impossible to efface everything at once from their obdurate minds; because he who endeavours to ascend to the highest place, rises by degrees or steps, and not by leaps.


There are no church buildings in Birmingham that can definitely be dated back to Anglo-Saxon times, but it may well be that there are ancient churches in Birmingham which do stand on pre-Christian religious sites.

Below left to right: 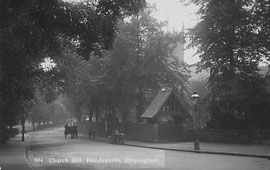 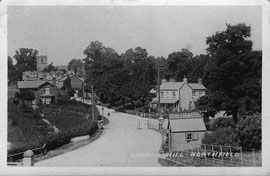 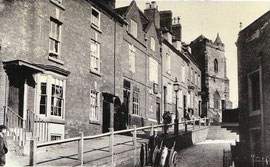