A medium-sized game bird of open woodland, the woodcock is recalled in this placename which is recorded as Cockshed Hill in the 1861 Census. The woodcock is a small long-beaked wader some 35cm long whose favourite habitat is damp woodland. They nest on the ground in open woodland during the breeding season. The woodcock's diet consists primarily of worms and insects foraged in well hidden thickets mainly at dawn and dusk.

Old English cocc sceste hyll means 'woodcock trap hill'. A wide variety of wild birds was used by both rich and poor in the Middle Ages to supplement their diet, including crane, duck, heron, goose, partridge, pheasant, pigeon, quail, swan, teal, widgeon as well woodcock. There were a number of ways of trapping birds. Nets might be laid across a gap in woodland and the birds chased into it. Or tame or captive birds were tethered on a hinged net scattered with grain. When the wild birds landed, a rope would be pulled and the upper half of the net closed over the birds.

George Owen wrote in his Description of Pembrokeshire in 1603 how woodcock were caught with flat nets set vertically in woodland drives ‘at cocke shoote time, which the twylight after the breaking of the day and before the closinge of the night'. As many as a hundred birds might be taken in a single day by this method.


Charles I's cook wrote down his recipe of a sauce for use with woodcock:

You may make sauce for Woodcocks or Snipes as followeth; If you draw your Fowle put an Onion in the belly, then spit them, roast them with a dish under them, in which let there be Claret, Vinegar, an Anchove, Pepper and Salt; the Fowle being roasted, put a little piece of Butter and a little grated Bread, shaking it well together and dish it with your Fowl.
Joseph Cooper 1654 The Art of Cookery Refined and Augmented


Cockshutt Field was one of the medieval open fields associated with Sheldon West Hall and lay around the north end of Sheldon Heath Road. The open field system probably dates from the 10th century. Villagers' land was pooled and redistributed so that everyone had a number of strips in each field. Traditionally there were three great arable fields, later there were often more. The fields were divided into furlongs. Deriving from Old English furh 'furrow' and lang 'long' the length of a furlong was standardised by c1300 as 220 yards = c200m. The width of the open fields also used to be variable, though later their area was standardised at 10 acres.

Furlongs were divided into individual strips, also known as lands or selions the width of which was also variable depending on time and place. The plough was turned on the outside of the strip to raise the level for drainage and to delineate it from neighbouring strips, which gives the distinctive appearance of ridge and furrow which is still visible under grassland in many places to this day.

The traditional rotation of crops on each field in turn was winter corn (wheat or rye), spring corn (oats, barley or peas), then fallow when the animals were allowed to graze the land to manure it. A manorial official and local court system oversaw the organisation of the open fields so that all were worked under a common system.

Evidence of these medieval strips can be seen in the form of ridges and furrows in the grass in another Sheldon field north of the wall of St Giles churchyard. Probably part of Greatock Field. Cockshutt Field was enclosed as separate smaller fields by the 16th century.

In the 1495 perambulation of the parish of Yardley, Cockshutt Hill is referred to as Tott Hill.

The 1888 Ordnance Survey map shows the tiny settlement of Cockshut Hill is shown at the northern end of Cockshut Hill Road. The name is now only used for the road and the secondary school of the same name.

Cockshut Hill School - Click to enlarge the images below.

The first photograph is this author's own; the others are ‘All Rights Reserved’ and used with the kind permission of Paul Whitehead. 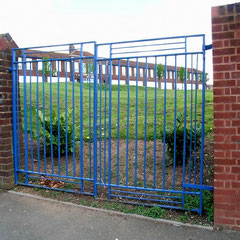 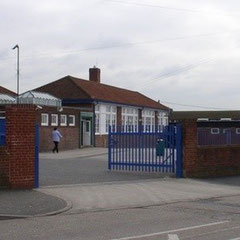 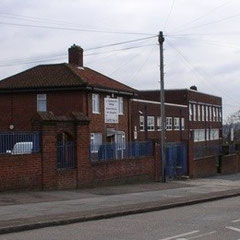 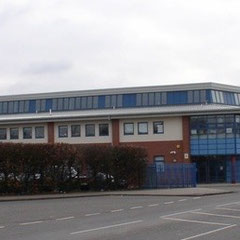 In 1943 the junior and infant departments were separated and two years later the senior department became Cockshut Hill Boys County Modern School and Cockshut Hill Girls County Modern School. There were with 750 boys on roll in 1961 and  690 girls. Three new primary classrooms opened in 1947; in 1955 there were 21 classrooms. The infant school closed in 1957, the junior school one year later. The school is now a mixed technology college for 11-18 year olds.