This self-explanatory name is one commonly found across the country. The long bridge here carried the Bristol Road across the River Rea and may have been built when the Bromsgrove Turnpike was set up in 1727. There was a tollgate at Longbridge and a milestone on the Birmingham side of the bridge showed Birmingham as 7 miles distant, with Bromsgrove 8 miles away.

The valley of the River Rea is wide and shallow and was subject to flooding. The bridge would have been long to take travellers over the marshy ground as well as over the river itself. There may well have been a causeway at each end of the bridge. In the late 19th century the river was culverted almost out of sight, though there are plans to open it up again with the redevelopment of the Longbridge car factory site.

The old road went up over the Lickey ridge at Rose Hill, a challenging climb for horse-drawn coaches and wagons, until 1831 when an easier route was made from Longbridge to Lydiate Ash, now Bristol Road South, New Road Rubery and Birmingham Road.


In Roman times there was probably a ford here on an important Roman road which linked Metchley fort near Edgbaston with the Roman camp at Dodderhill near Droitwich and ultimately, via Worcester and Gloucester, with the Bristol Channel port at Sea Mills. Its Roman name is unknown but it later became known as the Upper Saltway because from the Middle Ages it was used to bring salt from Droitwich. In 1959 archaeologists positively identified traces of the road where it crossed the Lickey Hills at Rose Hill near Lickey Parish Hall. Lickey Road and the Bristol Road closely follow the route of the road certainly as far as Northfield. The road goes on to Wall near Lichfield and the North-East.

The name of Longbridge is synonymous with car production and not only in Birmingham. The factory on Bristol Road South was known locally after the firm's founder as The Austin until c1990 when, after a series of company amalgamations, it became The Rover. However, the plant was and is generally known simply as Longbridge.


At the end of the 19th century Longbridge was a completely agricultural area with no village centre. Selly Oak was beginning to develop as a rural suburb, but urban Birmingham lay some six miles distant. Longbridge Farm stood off the Bristol Road South south of Longbridge Lane. Recent excavations of the farm site and of Longbridge House, which stood on the opposite side of Longbridge Lane, discovered evidence of sandstone and brick walls and the pebbled surfaces of farmyards. Pottery sherds suggested an 18th-century building date. However, it is known that in 1575 John Middlemore bought Longbridge Farm, which was near to Hawkesley Farm, and that his son subsequently lived there. So where the original site of the farm was is unknown.


In 1894 the Birmingham printing firm of White & Pike expanded their city centre operations to a purpose-built factory on a greenfield site between Lickey Road and Lowhill Lane. It may be that they had been influenced by the removal to the countryside of the Cadbury factory in 1879. However, their venture was unsuccessful and the works had closed by 1901.

In the meantime a young man called Herbert Austin had emigrated to Australia where he designed and made sheep shearing machines. On his return to England to supervise their manufacture, he spent his spare time building cars. In 1906 he decided to set up his car making business in earnest and bought the former printing works. His first car came out of the factory two months later. By 1914 the factory had doubled in size and Austin was producing 1500 cars a year. During the First World War Longbridge manufactured shells, guns, armoured cars and ambulances for the war effort, trebling in size in the process.

The North and West Works were built as a result of the demand for munitions during the First World War, when most large engineering firms were turned over to the war effort. A factory was built in 1916 north of the original site on the fields of Longbridge Farm. Known as the North Works it was built on the Bristol Road between the Halesowen Branch railway and Longbridge Lane. The White & Pike building thus became known as the South Works. The River Rea across cut the site and was culverted underground.

After the war North Works was used to assemble tractors and lorries. The West Works was built in 1916 on the other side of the Bristol Road between the Halesowen railway and Hollymoor Mental Hospital. Paid for by the Government 1000 machines were set up to make shells. After the war the works was used to make car bodies and by the 1930s an automated paint spraying system was in place. The works was altered a number of times until the building in 1975 of the Metro Building. Additional land was bought from Hollymoor Hospital and a conveyor bridge over the Bristol Road to link to carry the almost completed Metros across the road to the South Works for finishing.


After the World War 1 the factory was extended still further, not least thanks to the success of the Austin Seven which was rolled out in 1922. By 1930 a thousand cars came off the assembly line every week. During the Second World War Longbridge was again turned over to the war effort making a variety of small military vehicles as well as trucks and ambulances were built at Longbridge. The plant also made shells, parts for tanks and steel helmets.


The East Works between Groveley Lane and Lowhill Lane was built as a shadow factory in 1936. This was a government scheme co-ordinated by Herbert Austin to use the engineering skills of the British car makers to ensure an adequate supply of aircraft in the event of war breaking out with Germany. Much of the factory was built underground with tunnels linked to other parts of the site. The first aircraft produced here were Fairey Battle bombers which flew from a runway on site. Subsequently Hurricanes, Stirling and Lancaster bombers were manufactured here. The factory was used after the war for commercial vehicle production.


For the 50 years after World War 2 both the company and the factory were in state of constant change. The district was gradually being developed for housing during this time, but this increased from the 1950s when the fields of Hawkesley Farm were built over for municipal housing.


One of the Longbridge plant's most memorable models was an iconic symbol of the 1960s, the Mini which was launched in 1959 and which went on to sell over five million cars. However, by the 1970s the company was in financial trouble and struggled during the next quarter of a century until its demise in 2005. The crash of MG Rover directly affected some 6000 families together with the employees of many parts suppliers.

Below: images of the Longbridge plant, usually referred to as 'The Austin'. 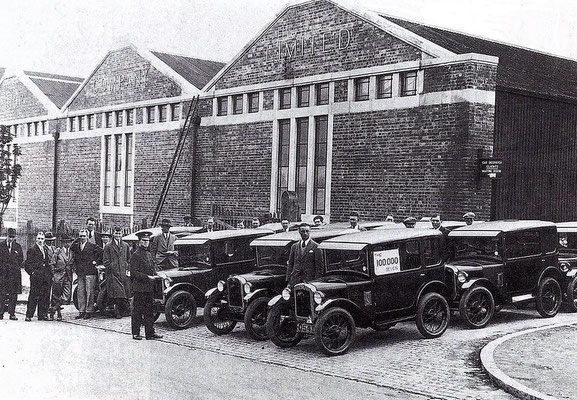 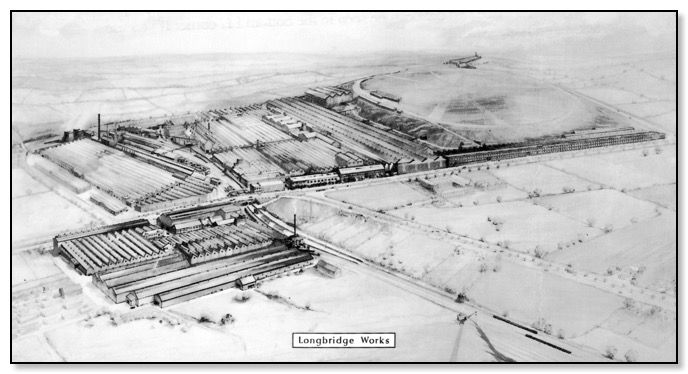 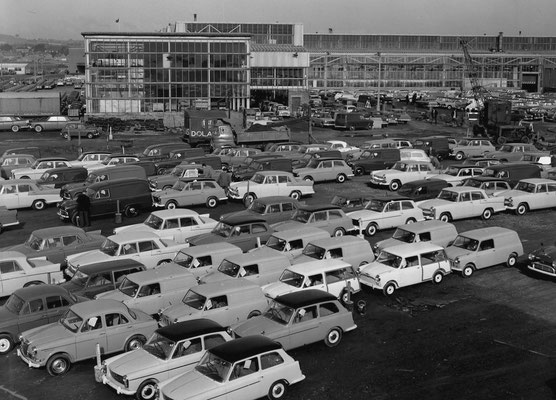 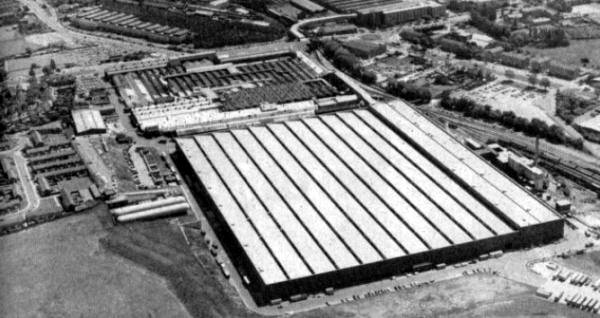 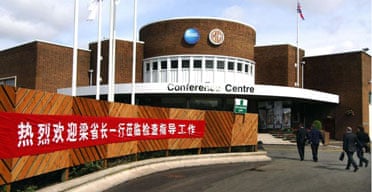 Most of the Longbridge site was sold to be developed with a mix of housing, retail and industrial units. The Chinese owners of the Rover successor company, Nanjing Automotive (later SAIC) produced of a new range of MG cars on the site from 2008 until 2016 with most of the remaining buildings subsequently demolished.

Below: David Stowell's photographs on Geograph taken in 2006. 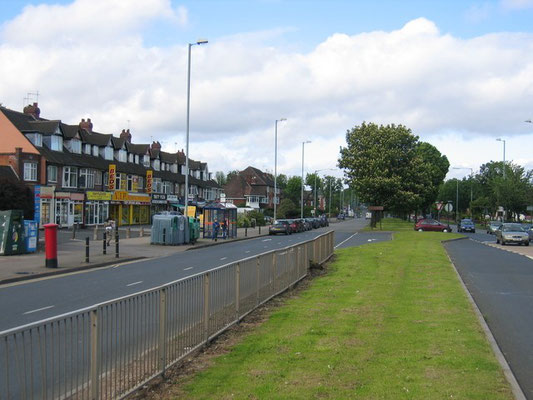 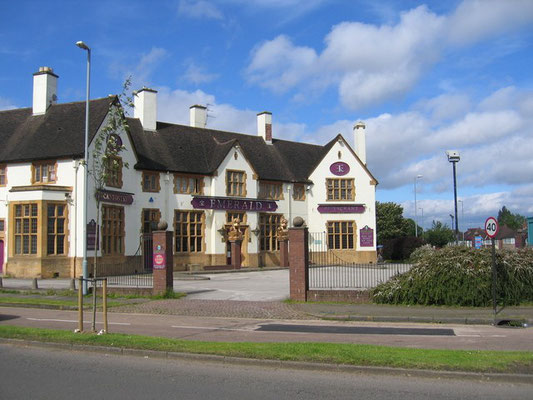 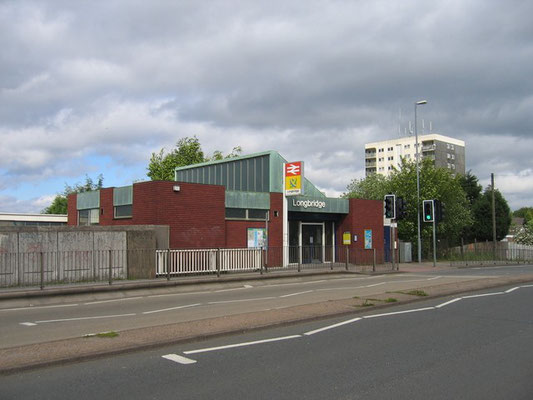 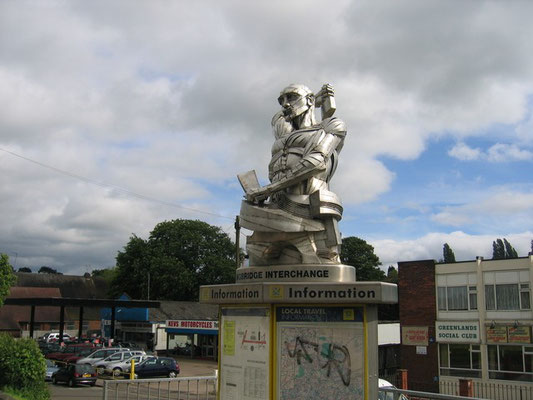 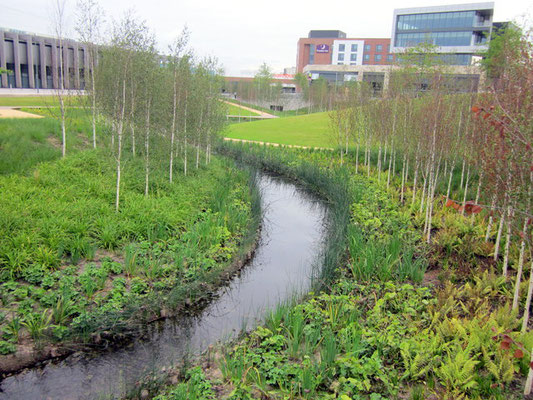 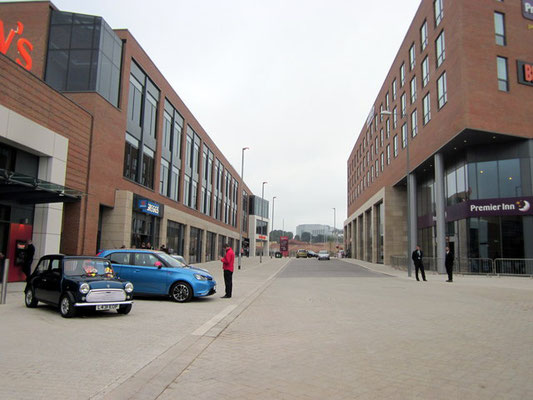 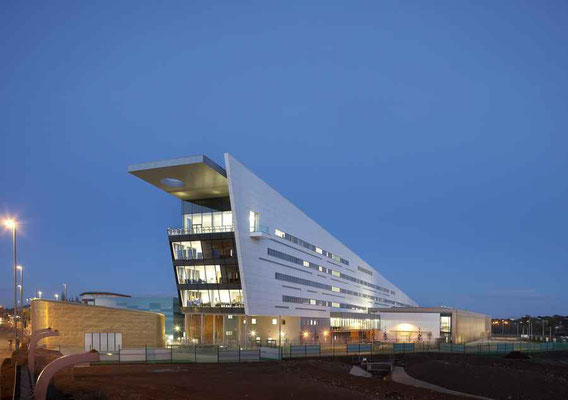 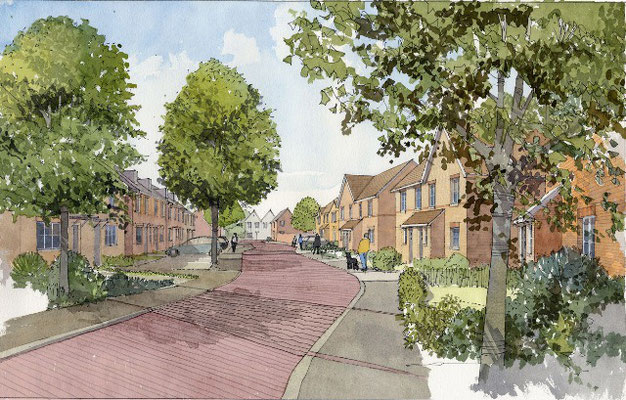