There are a number of Langleys across the country (See also Langley, Hall Green). The name is Anglo-Saxon, lang leah, and is the name here of the 'long clearing' along the valley of Langley Brook in the rural east of Sutton Coldfield. The stream rises east of Reddicap Heath and runs south-to-north through farmland, probably the site of the Anglo-Saxon 'long clearing', where it is joined by Colletts Brook west of Allen End. It enters the River Tame near Middleton.


Habitation here predates the Anglo-Saxons by a long way. Prior to the construction of the M6 Toll Motorway extensive archaeological surveys were undertaken along its route. Near Langley Mill Farm off Lindridge Road was found evidence of Bronze Age burnt mounds on Langley Brook, as well as a site that may have been a Bronze Age burial mound some 3000 years old. (The only other known in Birmingham is at Kingstanding.)

Here too was unearthed the first evidence in Birmingham of Iron Age dwellings. Roughly the same floor area of an average modern house, these were circular farm houses surrounded by ditches and dating back over 2000 years. Further evidence of buildings and field enclosures, probably paddocks for livestock, was dated by the discovery of pottery of the 2nd and 3rd centuries AD.


About half a mile south of this site, Langley Hall moat on Ox Leys Road was dug to surround Langley Castle, a manor house built before 1300 probably by the De Bereford family who are known to have been the owners in 1298. The hall was licensed for fortification in 1327. In c1250 Walter de Bereford held a total of 20ha in Langley, at Blackmore and at Brockhurst. His great-grandson, Edmund obtained a licence from the Crown to crenellate the house in 1327.

By the 16th century, members of the Pudsey family held the manor. Robert Pudsey, who died in 1558, was the Warden of Sutton Corporation.

The manor and the hall passed down through the family until, in 1677, it was divided between Henry Pudsey's two daughters, Elizabeth, the wife of Henry 3rd Baron Ffolliott of Ballyshannon, and her younger sister Anne, the wife of William Jesson. The latter daughter had full control of the manor after 1697.

Anne and William had the old house demolished and rebuilt for their own use, while her sister and her husband moved to the newly-built Four Oaks Hall.


The manor was in the hands of the sons of Hannah and Elizabeth in the first decade of the 19th century, William Pearson bequeathing his moiety to his cousin, Mary Holte Bracebridge, while Henry Lynch sold his share to one John Stone. The Holte/ Bracebridge heirs subsequently sold the estate to Sir Robert Peel of Drayton Hall in 1817 who had all the buildings demolished, except for the stable block.

Take a look at Langley Hall's stable block which is now known as Langley Old Hall or Old Langley Hall. The stables, eleven bays with a central arch, had been designed c1685 by the architect, Sir William White who lived at the Castle.

By 1980 the building was derelict but was enterprisingly developed as twelve separate residences c1987. The present Victorian brick farmhouse stands west of the moat, two sections of which survive though in poor condition.

Photographs below from Century21 estate agents. Click to enlarge. 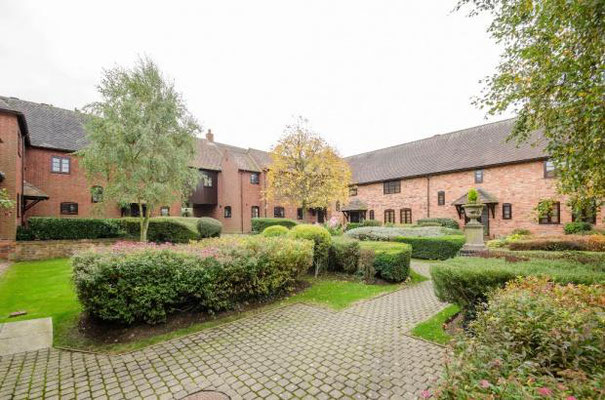 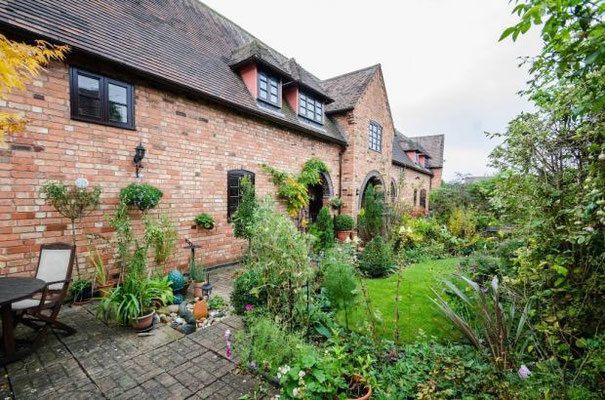 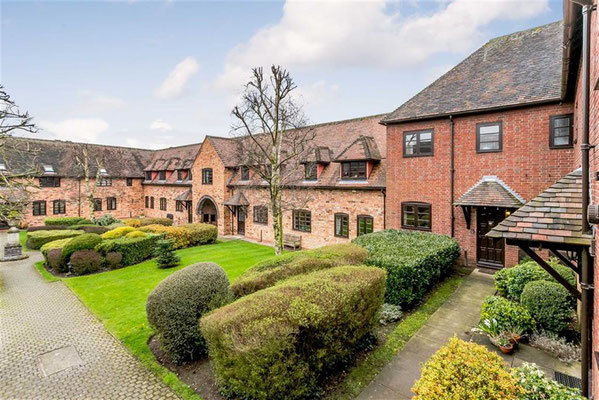 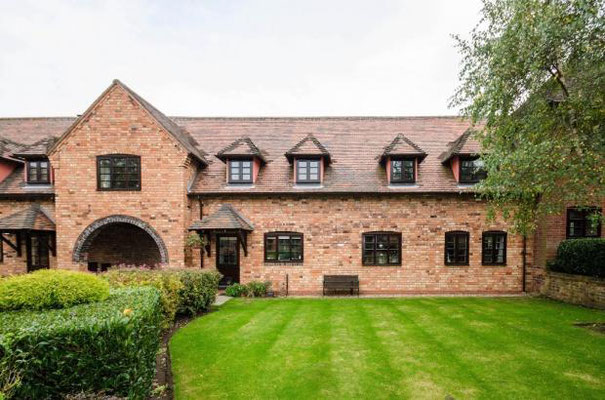 To the north near the Bronze Age and Iron Age sites mentioned above, Langley Mill on Colletts Brook was owned by Langley Hall.

The first record of this corn mill dates from 1604 when ownership of Langley Pool was granted to Edward Pudsey of Langley Hall. Lindridge Pool was dug in 1697 further upstream to provide a more consistent water supply from the small brook.

By 1888 the mill buildings had disappeared, but both pools and the watercourses still remain as nature reserves adjacent to the present sewage works site.

Langley windmill on Withy Hill Road was probably run in conjunction with the watermill. It is likely to have been of 17th-century origin, but is not shown on early 18th-century maps and had gone by 1722. However, a Windmill Field is still shown on the One Inch Ordnance Survey map of 1834.

To the south of Langley lies Langley Heath at Signal Hayes Road/ Fox Hollies Road, with Langley Gorse in between. Although the underlying soil in this area is fertile clay, it is covered in places by glacial drifts with varying mixes of clay, sand and gravel. This often created heathland which is generally easier to worked than clay but is very quick to drain and of lower fertility and therefore poorer agricultural land. Gorse with its spiny water-retentive leaves is a plant typical of heathland.