Someway beyond the Birmingham boundary, Wythall presents an interesting example of the confusions that accompany the interpretation of placenames.

Until the beginning of the 20th century Wythall lay within the Headley Yield of the ancient parish of Kings Norton and became the only part of the parish to remain outside Birmingham in 1911 when the vote was carried to amalgamate with the City.

Wythall Station  Before the development of housing at either end of Station Road, the name seems to have referred to an area of scattered farmsteads rather than a specific point. Indeed the naming of the station helped define the location of Wythall as it is understood at present.

19th-century maps show a hamlet named as Wythall on the bend in Chapel Lane. This is now shown on modern maps as Wythall Green and is the location of St Mary's (former) church, an estate of park homes for older people and a business park. On the Alcester Road around its junction with Station Road (formerly Kidpile Lane) is shown on old maps as Wythall Heath. This is now the west end of the modern village of Wythall which stretches along Station Road to Wythall railway station


Wythall has one of the oldest recorded names in the Birmingham area, one which predates the Domesday Book and is found in the Cofton Lease. This Anglo-Saxon contract was drawn up in AD 849 recording a gift of land by Bishop Ealhun of Worcester to King Berhtwulf. Part of the estate boundary runs ufan in Colle; suuae andlang streames in Withan Weorthing, 'down to the (River) Cole; thence along the stream to Willows Enclosure' ie. Wythall.

Willows are water-loving trees and Wythall is situated in a fairly low-lying area within a loop of the River Cole and its headwater stream. Willow trees were frequently coppiced and the resultant withies had for a variety of domestic uses.

The element worth usually indicates a farming enclosure. However, weorthing may indicate a royal connection and imply some kind of defensive enclosure, though this is far from certain. The name of the settlement is recorded by 1283 and throughout the Middle Ages as Wyhtehalle. This may derive from withig heall, 'willows farm/ hall' and the change of name may denote a change in status.


In the Domesday Book of 1086 Wythall was listed as one of the eighteen berewicks, outlying manors of Bromsgrove held by King William, but the name was written as Warthuil. This name, which is not universally acknowledged as being that of Wythall, was either inaccurately written or transcribed. And actually may derive from an alternative name for Wythall or indeed from a similar nearby placename.

The name has been given other interpretations. In Middle English Wyhtehall may be translated as the 'river-bend hall', a feasible explanation here. Warthuil may be a mishearing or misreading of wyht hygel meaning 'river- bend small hill'. It is hard to guess which small hill is referred to in this low and fairly level countryside.

There are very few placenames in the Birmingham area referring the pre-Christian religion of the Anglo-Saxons. However, there are a significant number in the Wythall area. Grimpits Farm at Headley Heath and at Grimes Hill refer to Woden, the head of the Anglo-Saxon pantheon, whose nickname was Grim. Drakes Cross derives from draca meaning dragon and the element hobmeaning hobgoblin is found in Hob Hill near the source of the River Cole. And, not too far away is Arrowfield Top between Alvechurch and Hopwood, the first element deriving from Old English hearg meaning a pagan temple on a hill.


In 1275 four taxpayers were recorded living at the hamlet of Gorssawe. It may be that Gorshaw is actually an earlier name for the present Wythall village on the Alcester Road. The name may derive from Old English gorst scaega 'gorse/ furze, small wood, thicket'. The hamlet now known as Tanners Green, almost certainly named after the leather curing process, was known as Withwood Green until at least 1822.


To add to the difficulties: in historical records the names of Wychall and Wythall have both been represented with either spelling and it is not always clear which one is being referred to. See Wychall.


Wythall Green lies at the west end of Wilmore Lane. A prestigious office development has been built here and includes a landmark main building and private amenities such as a snooker room, cricket ground, putting green, tennis courts and a gymnasium. this is the location of the Transport Museum and St Mary's Park, a park home estate for older people.

Wythwood, 'Willow Wood' is listed immediately after the Warthuil/ Wythall entry in the Domesday Book. The present-day Wythwood Farm/ Wythwood Cottage Farm lies off Wilmore Lane to the north-west and has vestiges of a medieval moat.

Wythwood may have been treated as a separate manor at one time and was held by the de Wythworth family. At his death in 1517 it was recorded that William Sheldon held Wythworth of the Queen, who was the manorial lord of Kings Norton. He bequeathed it to his brother Ralph. In 1633 the manor and its watermill, known as called Kilcupps Mill, was sold by William and Martha Cowper to William Chambers, being sold on in 1711 by Thomas and Edward Chambers to John Holmden. Henry Beighton's 1725 Map of Warwickshire shows it between Mill Lane and Tanners Green Lanes, and labels it as ‘Kilcop mill olim (ie. formerly) wihtewrthe'.

There was also a windmill on the manorial waste, Wythworth Heath, which survived until the enclosures of the 18th century. This presumably on the Alcester Road around its junction with Station Road (formerly Kidpile Lane) which is shown on 19th-century maps as Wythall Heath. This is now the west end of the modern village of Wythall which stretches along Station Road to Wythall railway station

In the Middle Ages Wythall Chapel lay on what was then the main road from Droitwich to Coventry, which can be deduced on England's earliest road map, the so-called Gough map drawn some time during the 14th century. The church, a chapel of Kings Norton dedicated to St Mary, was rebuilt in 1777 and again in 1862 when the present striking building designed by London architect, Frederick Preedy was completed. Built in red brick with blue brick and stone patterning, a prominent tower was added by the Birmingham-based architect, William Bidlake in 1908. The tower was hung with a peal of eight tubular bells by Harringtons of Coventry which were struck by hammers played from a manual in a lower floor in the tower. A conventional  2½ cwt bell cast by Matthew Bagley in 1689 also hung in the tower. This had come from Kings Norton church and has now has been returned there.

The church closed c1988 due to concerns about the condition of the building; it was declared redundant in 1992. The building is now occupied as commercial premises.


The uncultivated land, woods and waste were gradually taken into agriculture during the Middle Ages. This process was not completed until the end of the 18th century when the remaining common land and heathland were enclosed. This included Wythall Heath south of Station Road. The consolidated farmsteads and some of the long straight stretches of roads date from this time.


The Great Western's North Warwickshire Line to Stratford, which opened in 1907, was the last suburban line to be built in Birmingham. It follows the Birmingham-Oxford line from Snow Hill Station and leaves it at Tyseley. From 1909 the line ran into a new station at Moor Street, built on the site of Birmingham Public Offices. Wythall Station opened in 1908 as a request halt and was known as Grimes Hill. Its renaming as Wythall widened the perceived extent of the Wythall area.


After the Second World War there was some scattered housing development in the area, especially some sizeable estates built nearby at Majors Green and Hollywood. A small estate at Grimes Hill near Wythall station had been built before the War. What is now Wythall village lies between Gorsey Lane and Station Road and dates from the 1950s and the early 1960s. The average price of houses in this area is twice that of Birmingham and new housing is still being built at Wythall.


The area is now part of Bromsgrove District and has its own civic Wythall Parish Council which covers a wide semi-rural area including Dickens Heath, Earlswood, Hollywood, The Maypole and Tidbury Green as well as Wythall itself. 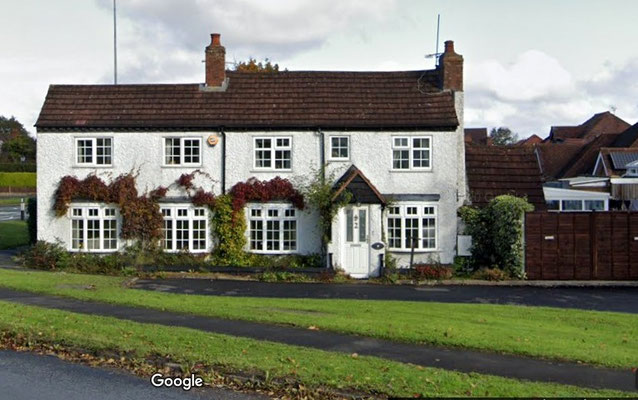 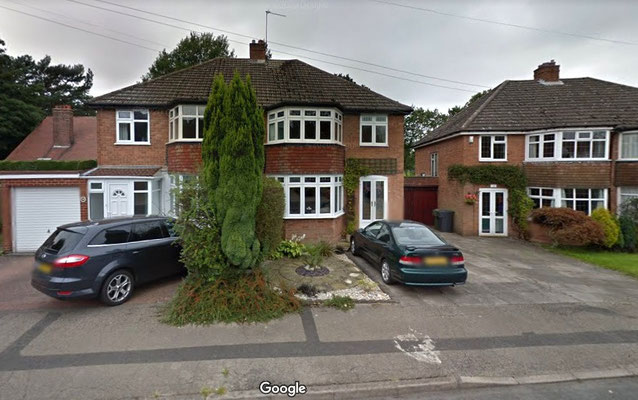 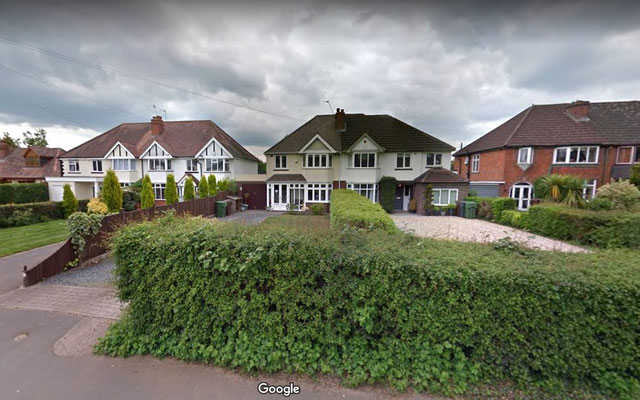 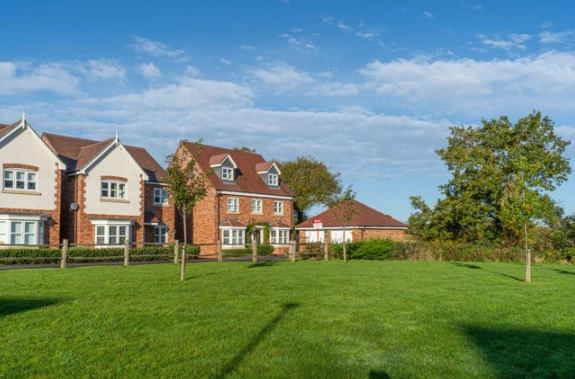 Midlands' bus enthusiasts began collecting old vehicles in 1964. The Birmingham Omnibus Preservation Society was formed in 1973 to co-ordinate such work, but had no permanent home. In 1977 as the Birmingham & Midland Motor Omnibus Trust it bought a site of half a hectare at Wythall which would become the Midland Bus Museum. Buildings were progressively erected and expanded as was the site itself, much of the work done by volunteers. A new hall was opened in 2005 built with the aid of a grant from the Heritage Lottery Fund.


The Transport Museum, which is regularly open to the public, houses 90 buses and coaches, the majority of them former Midland Red and West Midlands buses, 30 battery vehicles, other vehicles including fire engines and a substantial archive. There is a miniature steam railway.