Le Harstok, later Whorstock, was situated where the manors of Kings Norton, Solihull and Yardley met at the junction of Warstock Road and Warstock Lane. Its name probably derives from the Old English har stoc/c. The element har meant 'grey, hoary' (ie. white with age, and therefore ancient) but it was also a term used of boundary markers, especially stones. A stocc was a 'tree stump' or 'log'. It may well be that a natural or placed stump marked the point where the manors met. However, stoc is a also placename element meaning simply 'a place' though with the implication of its being fenced. The name of the hamlet at the junction of Prince of Wales Lane and Yardley Wood Road may just have meant 'ancient farm', though the 'boundary' explanation is more probable. Shorters Avenue and Crest View now stand on the site of Warstock Farm.

Warstock Farm may be the site of an incident in the 1791 Birmingham Riots.

The photographs below are courtesy of Jill Abrahall whose grandparents, Eliza and James Smith, were the landlords of the Warstock Inn which stood on the corner of Yardley wood Road and Prince of Wales Lane. The pub has now been demolished and fairy recently replaced with housing. 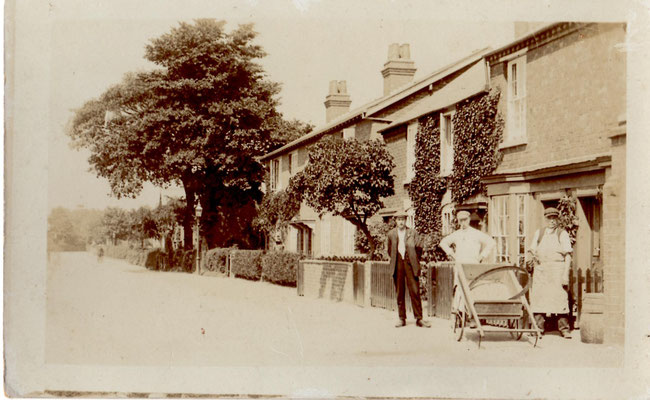 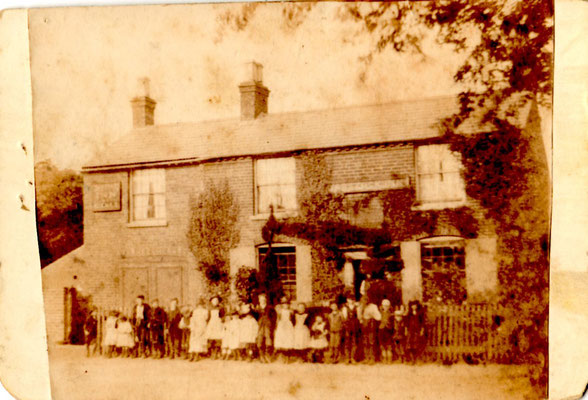 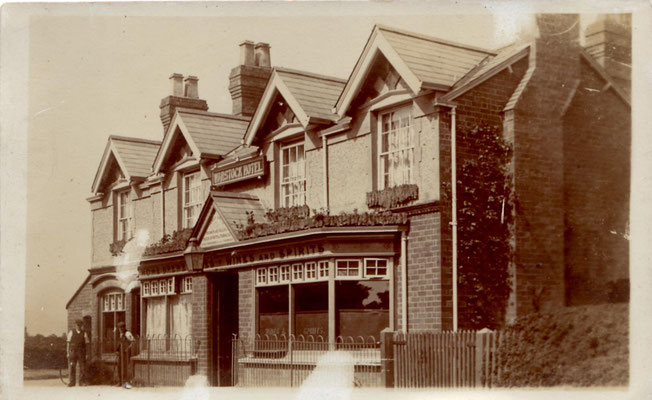 The Stratford-upon-Avon Canal crosses the district from east to west. It was designed by Josiah Clowes, and after his death by Samuel Porter and William Whitmore. Leaving the Worcester & Birmingham Canal at Kings Norton Junction it travels 41 km via 56 locks to Stratford. The section from Kings Norton to Hockley Heath was opened in 1796; the canal had reached Kingswood by 1802, and the junction with the Birmingham & Warwick Canal at Wootton Wawen by 1812. It did not finally meet up with the River Avon at Stratford until 1816 having taken over 15 years to build. At Warstock it follows the valleys of Chinn Brook and the River Cole.


The canal was financed by Stratford businesses, but probably benefited Birmingham more than Stratford. With railway competition the use of the canal declined and it was not maintained, the southern section was almost unnavigable. The Stratford on Avon canal Society was founded 1958 and it is thanks to their efforts that the canal was restored and reopened by the Queen Mother 11 July 1964.

Lying south of Chinn Brook, Warstock saw its first housing development after World War 1 on the Daisy Farm estate and the adjacent Millpool Hill estate. During the 1950s the rest of the area was rapidly built up. By the end of the 20th century, the housing stock had deteriorated badly and residents were frequently the victims of crime, vandalism and anti-social behaviour. The recent rebuilding of some of the original housing by a housing association had made a significant difference to the area. 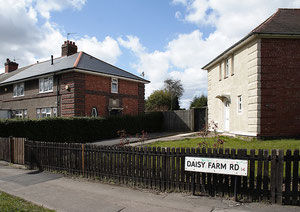 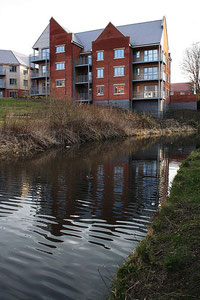