The name comes from the Old English se' (abbreviated from seofon) weles meaning 'seven wells' plus green meaning 'common grazing land'. The site is on a hill along Showell Green Lane, and the placename now has little currency, the location being considered part of Sparkhill.

The word well did not have its modern sense of an artificially constructed hole from which to draw water. Rather it was used to mean a natural spring or perhaps a small stream. This name is surprisingly common across England, there being over 60 recorded examples in various forms. The number 7 occurs far more frequently than other numbers in placenames. It must have had a special significance for the Anglo-Saxons, and for other ancient cultures, though its significance is unknown. It has been suggested that it relates to what were the seven known members of the solar system which were believed to revolve around the earth: the Sun and the Moon, and the planets Mars, Mercury, Jupiter, Venus and Saturn. From these were named the seven days of the week.

However, it is worth noting that other names have a similarity to ‘seven wells’ names, but are known to be unrelated. There are field and farm names of the Showell type which derive from are from Old English scofl meaning ‘shovel’. And some farm names of this type derive from personal names related to such modern surnames as Sewell.

Located near the junction of Belle Walk, Yardley Wood Road and Stoney Lane, Bull's Spring is mentioned in 972 in the Yardley Charter and is the source of Showell Green Brook. Now mostly culverted, this small stream runs alongside Sparkhill Park down to the River Cole. Small though it was, it was used to power Showell Green Mill in linen manufacture.


Showell Green lay in Yardley within the sub-manor of Greet whose medieval open fields lay between the Warwick and Stratford roads and the River Cole. Heyne (High) Field lay between Stoney Lane, Showell Green Lane and Stratford Road. It is not certain when the open fields here were enclosed, but the final enclosures in Yardley, of which Greet was a part, occurred during the 1840s, by which time time there was only a narrow strip of common land surviving at Showell Green. This was then enclosed and was soon to become the site of an out-of-town urban development.

The wealthy Russell family lived at Showell Green House, a large country mansion north of Philip Sidney Road designed in a Georgian neo-classical style. It was one of the houses destroyed during the 1791 Birmingham Riots. Birmingham's first historian, William Hutton described how William Russell Esq 'had prepared men, arms, ammunition, and a determined resolution for defence; but, finding his auxiliaries rotten, he gave up his house and its contents to the flames.' Faced with armed drunken rioters, it seems that his servants preferred to save their own skins rather than their master's home.

Below left: William Russell. Image from Wikipedia from a watercolour reproduced in S H Jeyes 1911 The Russells of Birmingham.

Below right: The house of William Russell after the 1791 Riots drawn by P H Witon Jnr. Image downloaded from Wikipedia. 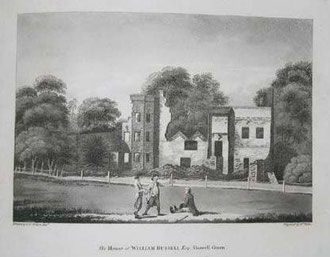 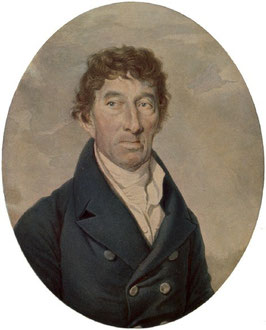 In 1871 the Birmingham and Midland Hospital for Women was opened in the town with just eight beds. In 1878 it moved to a converted farmhouse opposite Yardley Council House on the Stratford Road with provision for 21 beds. Demand far outstripped this and in 1905 the new, purpose-built hospital opened on Showell Green Lane. The hospital was featured in an article in The British Journal of Nursing 13 June 1914:


A most charming hospital on the outskirts of Birmingham is the Birmingham and Midland Hospital for Women, Sparkhill, which, during the Matronship of Miss K. E. Richmond - which has extended over seventeen years - has increased its beds from about twenty to close on a hundred, and still the accommodation is insufficient for the needs of the city.

The hospital, which is set on the edge of the country, in Showell Green Lane, is a low, long handsome building, the main entrance to which, in the centre of the administration block, is supported on marble pillars, the name of the hospital being inscribed over the portico in bold relief. Beyond the hospital ‘proper' is the Nurses' Home ; but the Matron's office and sitting-room, as is right, are in the centre of the administration block, the former on the ground floor, the latter just over the main entrance.


At the time the hospital opened Showell Green was on the outer fringes of residential development. However, by the end of the 19th century the surrounding area was largely built up with housing and had become part of Sparkhill.  After the closure of the hospital the site was redeveloped as a new mental health facility in 2008.